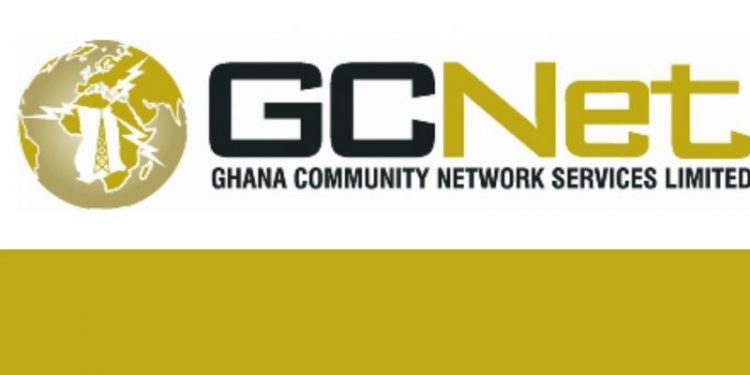 There is no gainsaying the fact that since its inception in 2002 when H.E. Former President John Agyekum Kufuor mooted the idea and launched GCNet through the late Vice President, His Excellency Aliu Mahama, the company has consistently contributed in helping Government achieve its revenue targets, and has always been ahead of the curve in implementing reforms through cutting edge technology for efficiency.

Before it became fashionable to do so, GCNet was running a  paperless system at the ports: a Paperless Programme and Port Reforms through its end to end operational system, a remarkable reform acknowledged by His Excellency the Vice President, the Hon. Minister of Finance and the GRA Commissioner-General, in various media reportage. This sterling achievement puts GCNet ahead of the pack and on par with other world class operators, and this is only half the story…

GCNet runs a seamless, smart, end- to- end system through its cutting edge technology. The provision of its integrated e-solution offering covers a wide range of sectors including business registration, domestic taxation and international duties, cyber security and e-health, along the value chain of Financial, Transportation, Logistics, Petroleum, Security, and Waste Management and more, to give the nation a bird’s eye view of all aspects of Governance and Enterprise, to enable it harness all its resources and judiciously pull in all its revenues from the various strands of the economy.

The SW platform is connecting 42 regulatory agencies, including those who issue Permits, Licences, Exemptions, etc. like the FDA, EPA, PPRS, GIPC, MoF, GRA, NPA, GNCCI; those that access data for reporting and decision making like BOG, GSS, MOTI, NHIA; those that access data to monitor transactions for intelligence or operational purposes, like National Security, NACOB, etc, and also connected to other entities like GPHA, customs brokers, shipping companies, warehouses, and a wide range of sectors along the value chain, to ensure  we have a handle on all our businesses, enterprises and revenue streams across the nation.

The GCNet systems are also robust and highly securitized. It is both an ISO 9000 and ISO 27000 certified Company; one of a select band of companies in Ghana with a proven sophisticated Information Security Management (ISM). This fact is confirmed by various world renowned third party system audits and operational reviews and audits including Ghana Audit Service, GoG Contract Mid-Term Reviews and Process Reviews by World Bank, ITC, DANIDA consultants, among others.

GCNet does More For Less. The efficacy of its cutting edge technology also means GCNet is able to provide its service at 0.4% of the FOB value of the import consignment. ,

GCNet’s strength is its unique composition. It is a model well-performing Joint Venture Companies (JVC) which has won accolades and worldwide recognition for its comprehensive and its operational processes, as well as for its unique strength and composition; another first in its feather, proving the undeniable impact of investor resource working efficaciously with local expertise to drive national interests and economic growth.

GCNet has been touted as a model Public Private Partnership (PPP) and has been roped into various activities that seek to enhance Government’s oversight of the operations of State Owned Enterprises (SOEs) and JVCs under the aegis of the State Interest and Governance Authority (SIGA).

Thirty-five percent (35%), of its shareholdings, the Public sector shares, are held by the Government of Ghana, by its investments through the Ghana Revenue Authority (GRA), Ghana Shippers’ Authority (GSA) and GCB Securities Limited, and the private sector shareholding is held by Société General S.A., Ecobank Ghana Limited and O3TAP.

GCNet’s unique composition allows it to operate under a proper Governance structure, headed by a Board of Directors comprising the following distinguished range of officials:

(or as constituted in the past, the Executive Secretary of the Revenue Agencies Governing Board);

GCNet also employs over 250 Ghanaians in varying capacities at all levels, including the highest echelons of its operations, to drive national development. It has trained, and continues to train, over 6000 personnel from GRA and other multiple sectors of the national economy on Trade Facilitation and revenue generation through its integrated systems.

Beyond discharging its service mandate of deploying an efficient and effective system for revenue mobilization and Trade Development for the nation, this – and successive – Governments have enjoyed the fruits of the GCNet PPP, through dividend payments among other benefits. GCNet pays close to 40 million GHc in taxes and 15 million GHc a year as its dividends to the Government of Ghana.

GCNet currently operates under a service mandate that runs till 31st December, 2023. The Agreement that governs the GCNet service mandate has provisions for seeking redress by the parties to the Agreement, and at a time when the Government intensifies its investment drive to get foreign investors to participate in its “Ghana Beyond Aid Agenda”, GCNet stands tall as one of the exemplary flagships to give laudable encouragement for other foreign entities to invest in Ghana.

GCNet states unequivocally, and with empirical evidence to support this assertion, that its system in place, is an end- to-end Customs Management system comparable to any in the world. And has the capacity to process every Custom regime in Ghana within a single framework. Indeed, GCNet system capacity and ability is only hampered by Government’s decision at any given time. Given the right policy framework and willingness, the GCNet Seamless, Smart End to End System can be put to do so much more for the nation at no additional cost, especially considering the significant investment Government holds in GCNet,

And it is in the spirit of doing that much more for the nation within the current framework that GCNet has tabled an offer -and formally communicated to the Government of Ghana, through MOTI and MoF- to off-load a further 30% of its equity after the existing Shareholders had exercised their right of first refusal. GCNet has urged Government to identify appropriate entities which can acquire these shares, because there is no doubt that GCNet is more than capable and endowed to take the economy to the next level of development through the deployment of smart end to end integrated systems which have been proven and tried and tested, with its robust and secure security protocols.

GCNet the incomparable e-solutions provider since,2002.