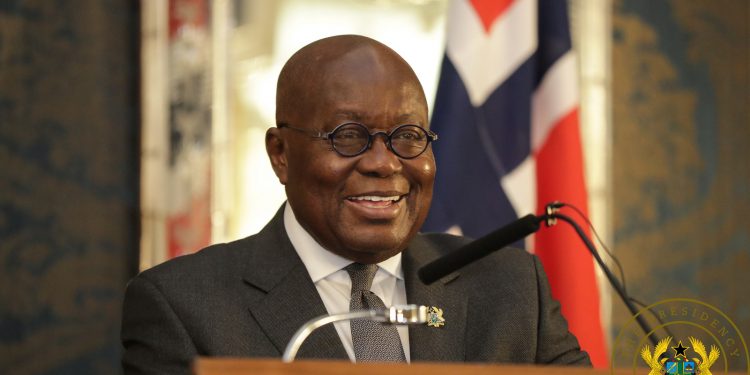 Ghana and Norway have pledged to deepen the ties of co-operation that exist between them, following the holding of bilateral talks between President Akufo-Addo and Prime Minister Erna Solberg on Monday, 24th February 2020.

At a joint press conference addressed by the two leaders, as part of President Akufo-Addo’s official visit to Norway, President Akufo-Addo stated that the purpose of the visit is aimed at reinforcing the strong ties of friendship and co-operation that already exist between the two countries. 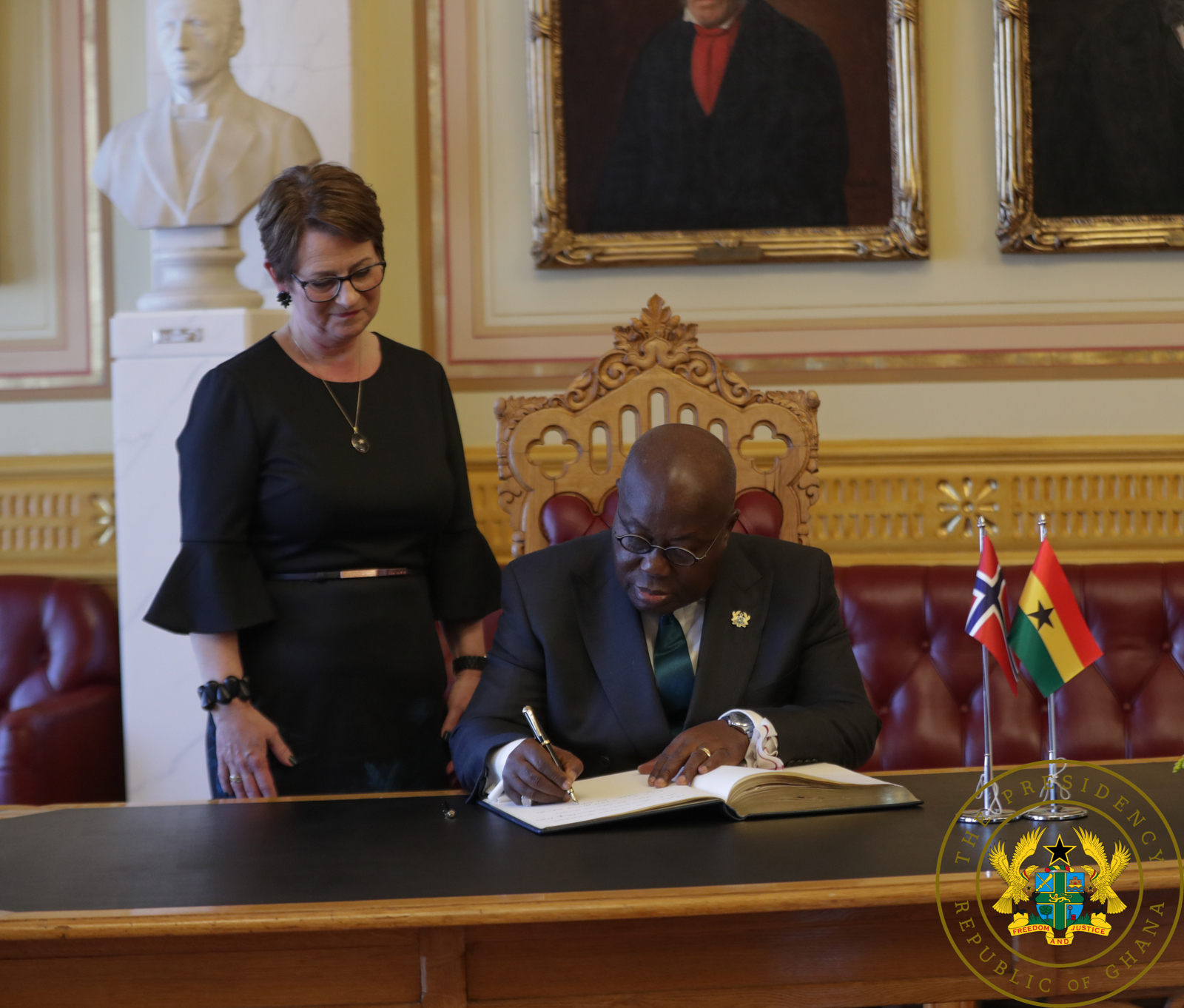 The President expressed the appreciation of the Ghanaian people to the Norwegian Prime Minister, her government and people for the considerable support they have offered Ghana through various interventions, such as the “Oil for Development Programme”, which has been running successfully for more than a decade, and has enhanced Ghana’s capacity to manage her petroleum resources.

He also indicated that the “Fish for Development” initiative signed by the two countries in May 2019 is having a positive impact on the management of Ghana’s marine resources for the creation of wealth and jobs, particularly in fishing communities, in line with the realisation of SDG No. 14. 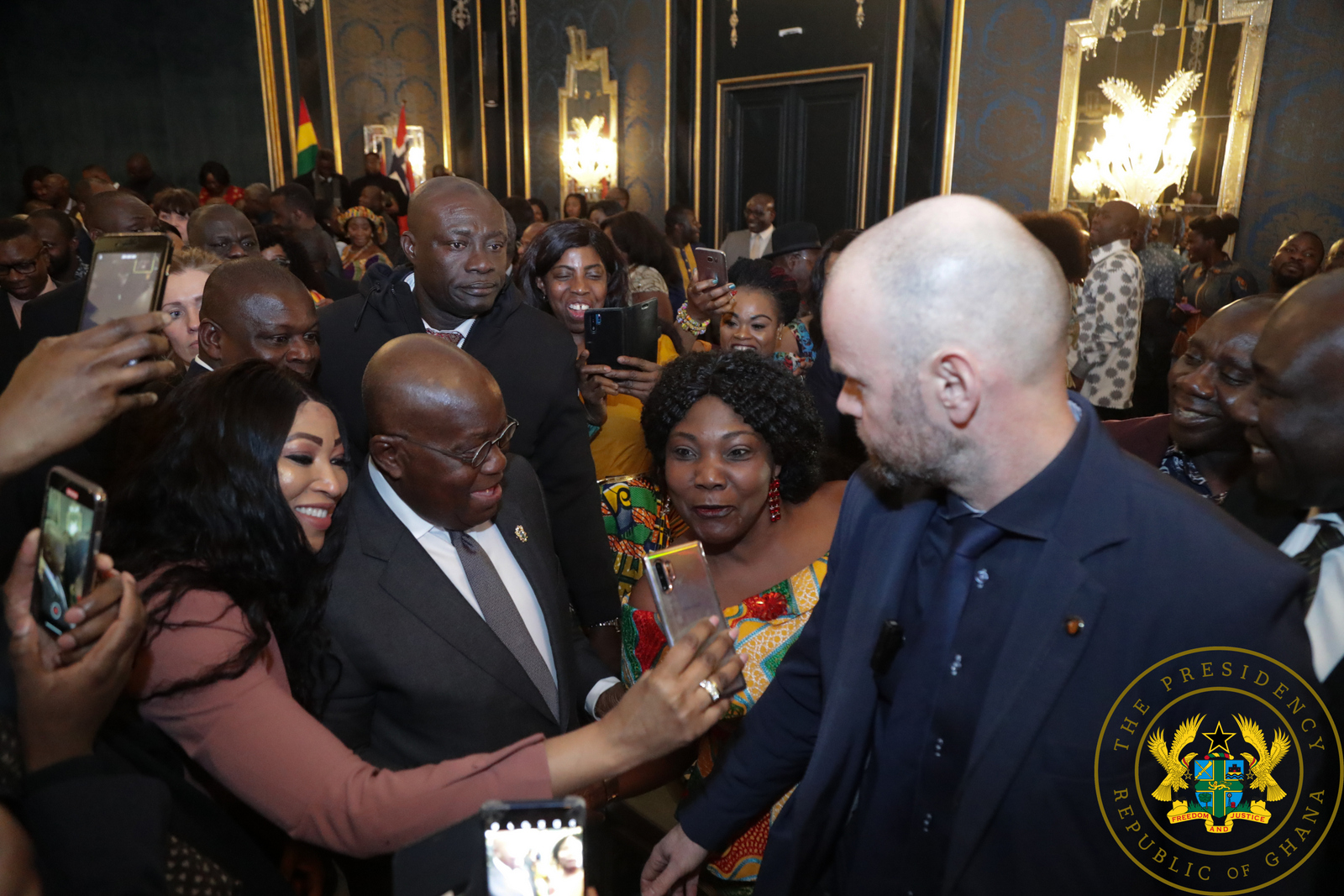 Encouraged by the fact that more Norwegian companies are looking to invest in Ghana, symbolized by the presence of oil and gas giant, Aker Energy, President Akufo-Addo stressed that “I wish to assure the more than fifty (50) Norwegian companies operating in our country that my government will continue to try and maintain a conducive investment atmosphere that would not only guarantee the safety of their investments but also good returns on investments as well.” 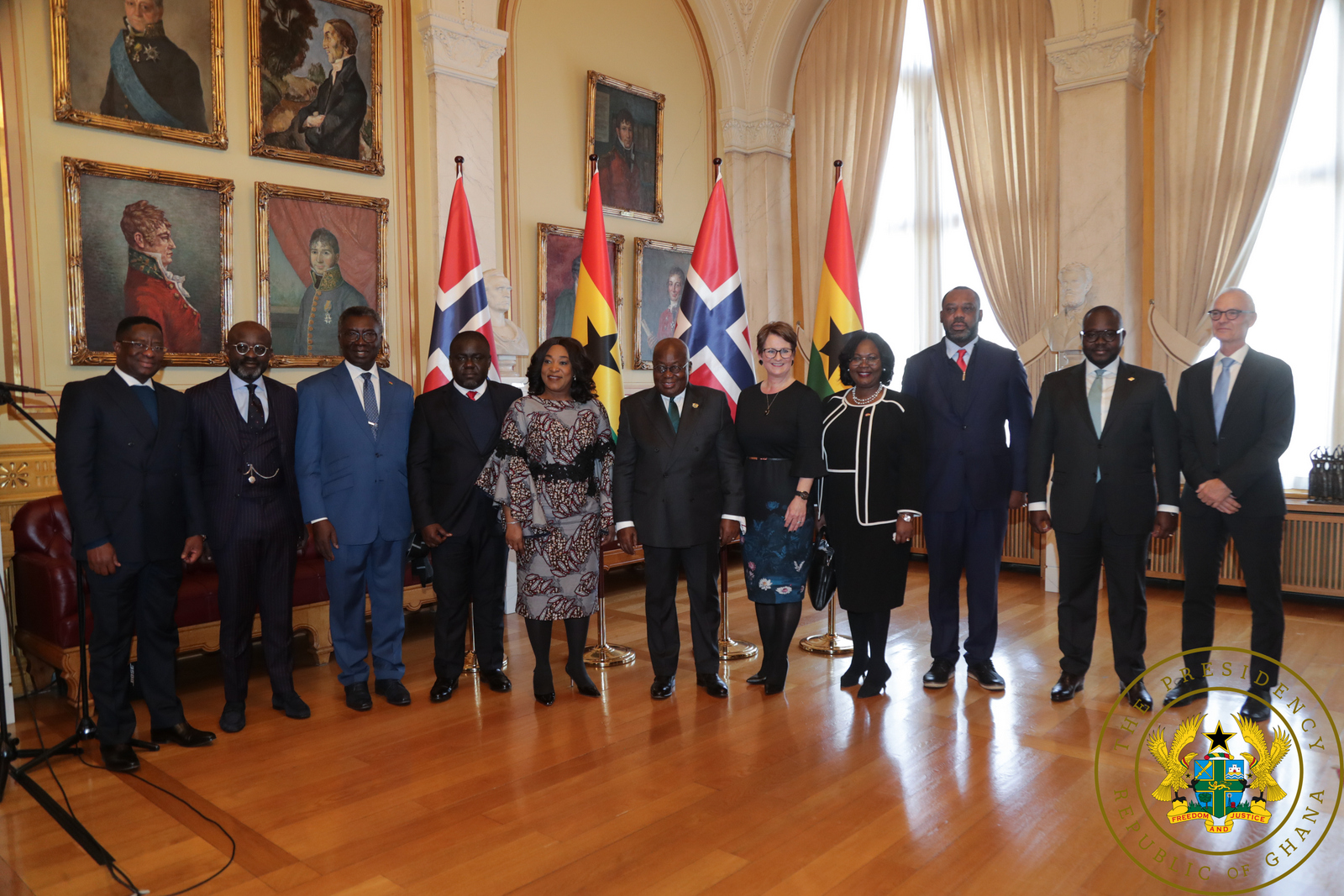 On her part, the Norwegian Prime Minister, Erna Solberg, commended President Akufo-Addo on the work he has undertaken, so far, as co-Chair of Eminent Advocates of the 2030 Sustainable Development Goals. 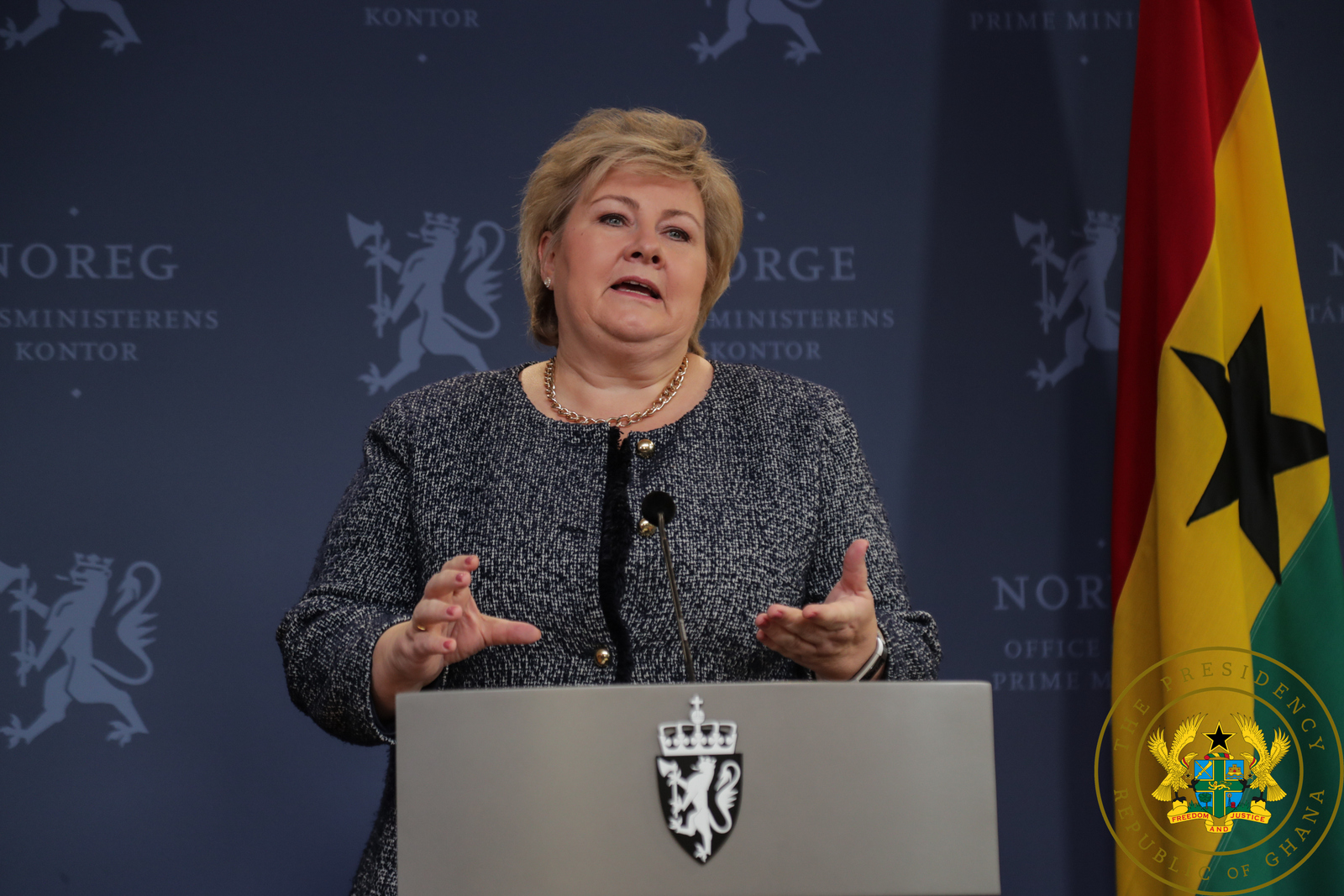 Describing Ghana as “one of our closest partners in Africa”, Prime Minister Solberg indicated that Norway is determined to deepen her bilateral relations with Ghana, and, thereby, help improve the living standards of their respective populations.

Earlier in the day, President Akufo-Addo paid a courtesy call on Tone Wilhelmsen Trøen, the current President of the Storting, the supreme legislature of Norway. 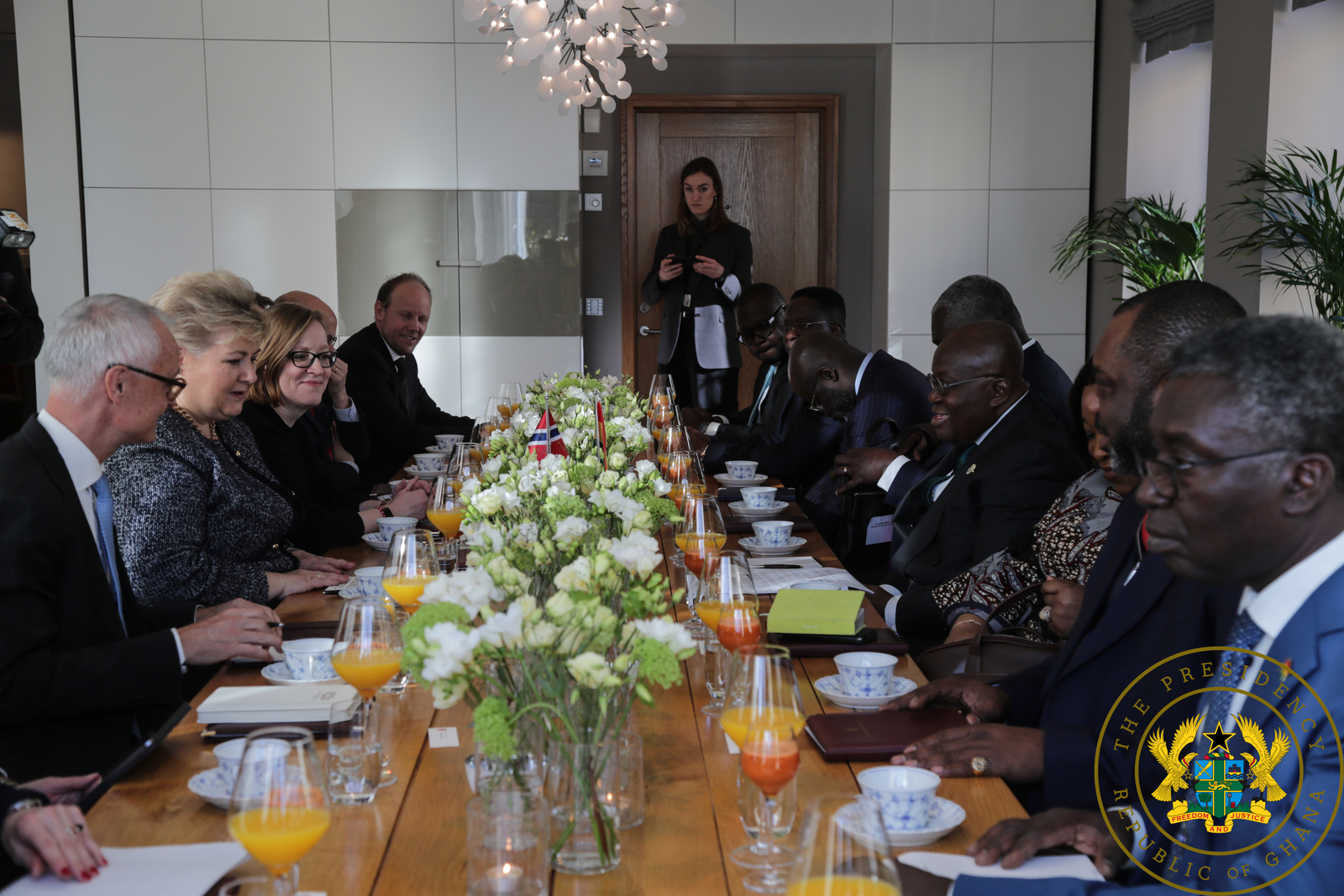 The Crown Prince of Norway, Haakon, who has assumed the role of Regent, also hosted the President to an official lunch at the Royal Palace.