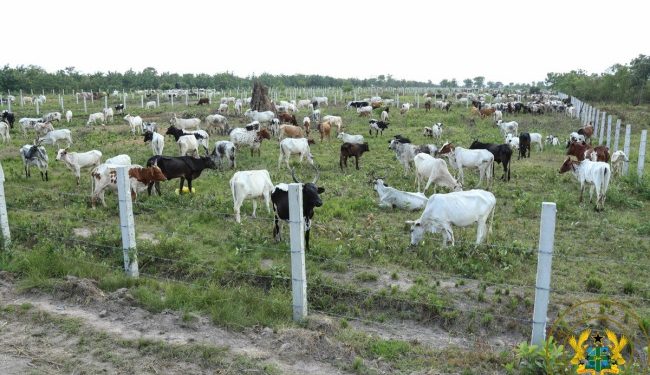 A policy document aimed at ending the recurring feud between nomadic herdsmen and peasant farmers has been presented to the Ministry of Food and Agriculture for implementation.

The two farmer associations –Ghana National Association of Cattle Farmers and the Peasant Farmers Association who made the presentation said the document states clearly what must be done to end the clashes.

Over the years, herdsmen and peasant farmers in the country have clashed leading to injuries, deaths and destruction of property.

Speaking to Citi News after the presentation ceremony, President of the Ghana National Association of Cattle Farmers, Hanafi Sonde pleaded with the government to act on the document.

“The National Association of Cattle farmers and Peasant Farmers Association recently developed the draft of a policy document known as the pastoral policy development. These two organizations felt that they are the direct victims in terms of this conflict so we came together to bring up something. That is what we have presented to the Minister for consideration,” he said.

In the past, tensions have escalated in areas such as the Asante Akyem North District of the Ashanti Region after four security personnel, including three military officers and a police officer, who had been deployed to the area to evict nomadic herdsmen and their cattle, were shot by an unknown assailant at Agogo.

Hundreds of cattle have also been killed, while some of the herders and their cattle evicted from the area.

Other incidents occurred at Dwerebeafe, Aboyan and Mpeamu in the Kwahu East District between nomadic herdsmen believed to be of Fulani extraction and some farmers reportedly led to the death of nine persons.

The Defence and Interior Committee of Parliament has recommended that the agencies that are at the country’s borders should subject nomadic herdsmen to stringent checks before they enter the country.

This recommendation was part of a report that was presented to the House on October 29, 2019.

The committee worked for over two years probing the operations of nomadic herdsmen and was to come out with recommendations on how to help curb the conflicts between herders and farming communities.

The chairman of the committee, Seth Acheampong who read out excerpts of the report said:

“The committee recommends that security agencies, specifically police and immigration services, assigned to the borders of the country should ensure thorough checks on the movements and activities of the Fulani herdsmen and their animals. “The immigration service should check and register herders who enter through the borders. The officers are to check and ensure that the Fulani herdsmen and their animals are fully documented, and the requisite permits issued,” he added.

President Nana Addo Dankwa Akufo-Addo has said his administration was devising measures to address the long-standing-conflict between nomadic herdsmen and local residents permanently.

He expressed concerns about the persistent clashes and described it as worrying.

The President, however, reiterated the government’s commitment to working with leaders of communities of nomadic herdsmen to bring these clashes to an end.

“It is important that I speak frankly to you. Everybody in this country has been disturbed by the activities of ‘Fulani herdsmen and therefore finding a solution is one of the big concerns of my government. I feel very strongly the statement made that there are herdsmen everywhere and whenever they misbehave they say Fulani Herdsmen and it is a pity that that should be the case and that is why we have to make sure the matter changes.”