How migrants’ eating habits change: the case of Ghanaians in the UK 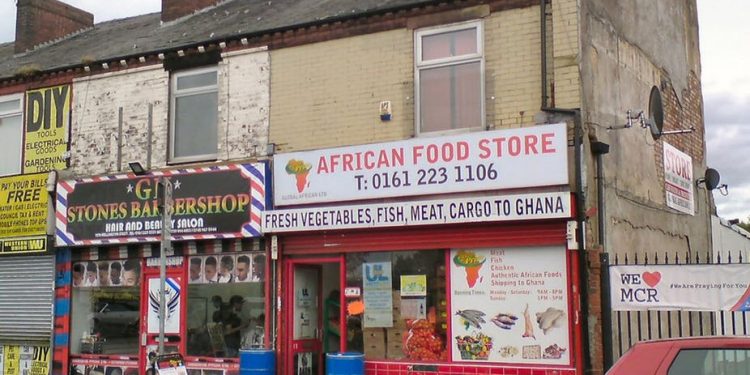 Do migrants change their food habits when they settle in a new country? This is a question that’s been tackled by researchers looking at the process of migrants adapting their diets in their host country. For example, a study done in 2012 looked at Somalian, Algerian and Egyptians living in Norway. Another done nearly 20 years ago looked at dietary patterns among migrants in the US.

We asked Ghanaians living in Manchester, a major city in the north-west of England, about their food preferences. Ghanaians make up one of the largest West African migrant groups in Europe. We found that most of those we spoke to said they kept aspects of Ghanaian eating habits. But they also ate what they called “westernised” food.

Our study shows that changes in migrant’s diets is complex, it isn’t linear and is determined by several factors. There is no clear transition from “traditional” to “westernised” food practices following migration.

Our study also suggests that Ghanaians are an integrated group, meaning that they’re interested in maintaining their culture as well as trying to adopt some cultural aspects of a new society.

The majority of the people we spoke to described what they ate as mostly consistent with what they perceived to be prevalent in Ghana. Older, first-generation immigrants said they mostly ate Ghanaian foods. A woman in her 60s told us:

“I totally eat traditional foods: rice, ‘eto’ – mashed yam meal with red oil. But having said that, occasionally I will eat jacket potatoes.”

Many of the older people said that, because dishes required many hours preparation, they cooked traditional stews and soups in bulk – enough to last for weeks or even months – and stored these in their freezers.

A smaller number of people didn’t stick to eating Ghanaian food. This was particularly true of people who had arrived more recently, those who migrated as children, a few older participants who have lived in the UK for more than 20 years, and families with young children. Most tended to eat British food mainly for breakfast and lunch. Dinner varied between Ghanaian and UK foods.

Only a few people described themselves as eating mainly a broad range of foods prevalent in the UK. This was true mainly of second generation migrants. They ate out a lot with friends and often bought breakfast and lunch from work canteens. Ghanaian meals were eaten mainly during Ghanaian events. As a second-generation person put it:

“You know what, am always looking for something I can prepare quickly. I try and cook a couple of times in a week in the evenings. I hardly touch Ghanaian stews.”

Ghanaians who preferred traditional foods said they did so to maintain cultural identity and because they wanted to conform to tradition. Many also preferred the taste of Ghanaian foods to those from the UK, and in all accounts perceived UK foods as dull and not spicy enough. A second-generation younger person said:

“English foods are mostly boiled. As a matter of fact, with English foods, they take the oil out. With Ghanaian foods, we put in the oil.”

People also had different perspectives about what comprised UK food and traditional Ghanaian food. For instance, some participants perceived tea with sugar, milk and bread as a westernised type of breakfast, while others perceived this as a typical Ghanaian breakfast.

A possible explanation for this blurred line between certain Ghanaian and UK food might be due to Britain’‘s colonial influence. The Gold Coast on the Gulf of Guinea was a British colony from 1867 to its independence as the nation of Ghana in 1957. British people predominantly in the south of the country. Ghanaians living in the region incorporated some practices such as including milk, tea and breakfast cereals in their regular diet.

Created in 2007 to help accelerate and share scientific knowledge on key societal issues, the AXA Research Fund has been supporting nearly 650 projects around the world conducted by researchers from 55 countries. To learn more, visit the site of the Axa Research Fund or follow on Twitter @AXAResearchFund

Source: The Conversation
Tags: Ghanaians in the UK
Previous Post