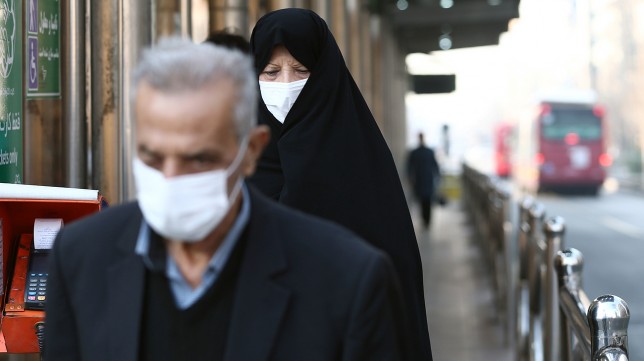 An Iranian MP who contracted the novel coronavirus has died, a state-run news agency has reported, amid a sharp rise in the number of cases in the Islamic Republic.

Mohammad Ali Ramazani Dastak, who was elected as the representative for Astana Ashrafieh last week, is believed to have tested positive for the illness a few days ago.

He died on Saturday morning after being taken to hospital with “influenza and chemical injuries” sustained in the Iran-Iraq war, according to the Iranian Students News Agency.

It came as a health ministry spokesman said the new coronavirus had killed 43 people in the Islamic Republic, amid 593 confirmed cases.

However officials in Iran’s health system told the BBC that at least 210 people have died as a result of the illness. The authorities have previously been accused of a cover-up and the US has expressed concern that they may not be sharing information.

Mr​​ Jahanpour accused BBC Farsi of spreading lies, while admitting that officials were ​preparing for the possibility of “tens of thousands” coming to test for the new coronavirus.

He urged people to stay away from mass gatherings such as funerals and limit their travel to avoid spreading the virus. All schools have been shut until Tuesday, while concerts and sports evens have been banned for a week.

Several high-ranking officials in Iran, including a vice minister, deputy health minister and five lawmakers, have tested positive for the coronavirus.

Iran has the world’s highest death toll outside of China, the centre of the outbreak, and has been the source of all of Bahrain’s 38 cases so far.

On Saturday morning Bahrain threatened legal prosecution against travellers who came from Iran and hadn’t been tested for the new coronavirus.

Only 310 out of the 2,292 people who came to the kingdom from the Islamic Republic have undergone testing, according to authorities there.