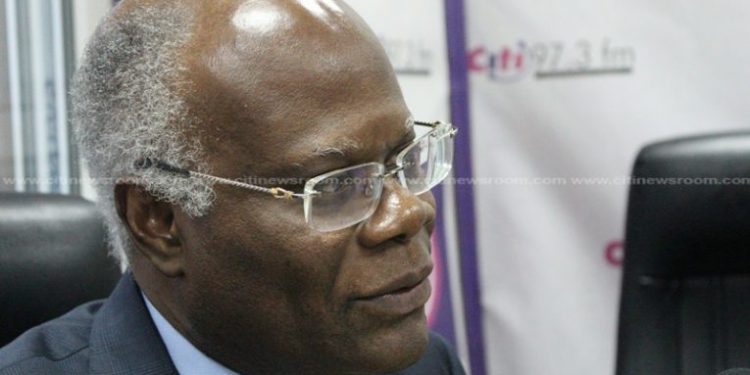 The Member of Parliament for Adansi Asokwa in the Ashanti Region, KT Hammond has refuted claims that he is no longer contesting in the upcoming New Patriotic Party (NPP) parliamentary primaries.

The fifth-term MP said certain internal elements in the party have employed numerous schemes to unseat him.

On Monday, a nomination form picked on his behalf was returned to the constituency office unfilled, a gesture many deemed as a sign of Mr. Hammond’s unpreparedness to return to Parliament.

Former NUGS President, Sammy Binfoh Dankwa has already joined the race in the constituency with the hope of unseating KT Hammond.

But Mr. Hammond in an interview with Citi News said he is “absolutely contesting to win.”

“I am contesting, absolutely, we contest and we contest to win. The against people are going into over-drive. Why are you rushing this whole business that he’s bought his forms? All I did was to take his form back. The deadline closes later this month. I am not abandoning the Adansi Asokwa seat,” the legislator said.

The lawyer, who has been in Parliament since January 2001 also claimed the opposition National Democratic Congress (NDC) is incapable of choosing a competent parliamentary candidate to face him in this year’s parliamentary elections.

“The NDC is ready and hiding in the darkness to see what is happening. They can’t choose any proper candidate in the constituency because of KT Hammond.”

There have been some instances of squabbles and confrontation after the leadership of the New Patriotic Party opened nominations for constituencies with sitting Members of Parliament.

In the Ablekuma West Constituency,  Mr. Albert Kan Dapaah Jnr, a parliamentary aspirant, and his supporters were stranded at the party’s constituency office on Monday, 3rd February 2020, when his supporters tried to pick up nomination forms on his behalf.

The supporters claimed that the absence of the constituency chairman was part of a scheme to ensure that the incumbent Member of Parliament for the area, Ursula Owusu-Ekuful, goes unchallenged in the upcoming primary.

The New Patriotic Party has slated April 25, 2020, to elect the remainder of its parliamentary candidates.