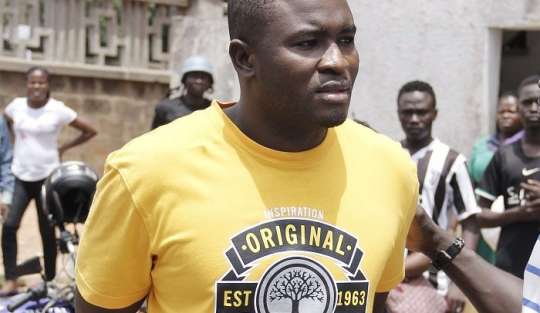 One of the suspects who was discharged in the murder of two Police officers at Kasoa-Budumburam-Aprah has been re-arrested and arraigned.

Appearing before the Kaneshie District Court, Michael Osafo Ani was remanded to reappear on March 2.

The state is expected to amend the charge sheet.

Ani is therefore going to stand trial with the key suspect, Eric Kojo Duah, who was alleged to have shot and killed the two officers, namely General Lance Corporal Mohammed Awal and Lance Corporal Michael Dzamesi.

Assistant Superintendent of Police (ASP) Sylvester Asare told the court presided over by Ms Rosemond Dodua Agyiri that there had been new developments in the matter otherwise the Bill of Indictment (BI) would have been filed at the court by now.

ASP Asare said: “we intend filing the Bill of Indictment this week but based on the new development last week, we are unable to file the BI.”

“We are required to carry out some investigations in the city of Accra and within a few days and be advised appropriately. I therefore pray the court to extend the remand warrant of the accused person.”

Mr Kwame Owusu who held brief for Mr Augustines Obuor, counsel for the accused said: “we are still at the mercy of the state, I however pray that the Police expedite the investigations so that we can move forward in the matter.”

Duah was at a point was being solely held for the murder after the other accomplice who was initially arrested was discharged, his plea however has been reserved.

The initial accomplice Ani, who was standing trial with Duah has been discharged following in-depth investigations into the matter, but has now been rearrested.

The two policemen were part of a Task Force on duty when Duah allegedly took turns to kill them with a pistol after the officers had stopped his vehicle.

Prosecuting, ASP Asare had earlier said the police have forwarded the case docket to the Attorney General’s office for advice and for the preparation of a Bill of Indictment.

He said on August 28, last year, Duah who was driving an unregistered vehicle was stopped by the two policemen but he failed to stop.

The officers with a Ghana Police Service vehicle chased Duah who allegedly pulled a pistol from his vehicle and took turns to kill the two.