Kennedy S. Opoku writes: Ghana Beyond Nkrumah: The sad story of our sovereignty 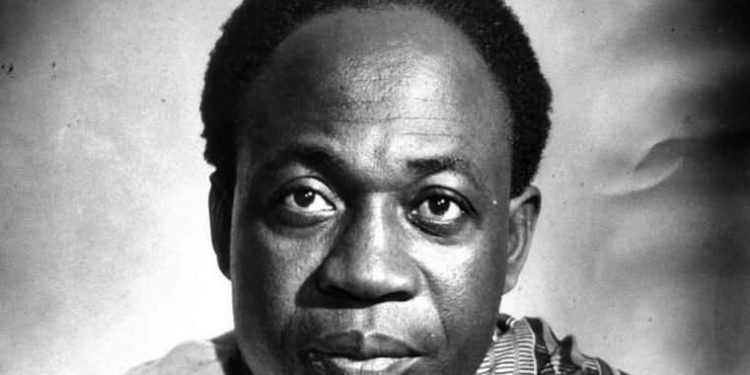 ‘‘At long last, the battle has ended!  And thus, Ghana, your beloved country is free forever!’’ Those were the solemn words of Ghana’s foremost president in declaring independence on 6th March 1957, some 63 years ago. A battle he played an arrowhead in winning. Some historical books suggest otherwise but the role of Kwame Nkrumah cannot be underestimated. The struggle for independence began before Nkrumah’s arrival as the books narrate, but the vigour Nkrumah injected into the fight need a profound recognition. Ghanaians were now going to manage their own lives without the interference of white colonialist, at least that was the belief.

Nkrumah’s independence fight was towards total freedom for the African continent. As he said in his speech, “Our independence is meaningless unless it is linked up with the total liberation of Africa.” I must confess my sincere admiration of Nkrumah’s benevolence and selflessness in seeking the welfare of fellow African countries. This teaches a lesson of being our neighbors keeper as Africans in opposing the colonialism and white imperialism that was the other of day until 1957.

The speech on the declaration day gave some key pointers that perhaps have been overlooked till now. While the speech was purely a victory message to the thousands of revellers, he was careful of his choice of words and was firm in his vision and the clarion call. Thus, he was emphatic on pointing out the attitudes of Ghanaians and how there is a need for alteration. ‘‘And, as I pointed out… from now on, today, we must change our attitudes and our minds.’’ Maybe this is something we may need to revisit or continue read about in his books and write-ups what he meant by that- Maybe we will get it better.

While portions of his speech such as, “We must realize that from now on we are no longer a colonial but free and independent people” sought to build confidence and galvanized the Ghanaian vision, we seem to have to falter back to our reset mode. He may have succeeded to some extent on working changing peoples’ mind that they are no longer under colonial rule, the state we find ourselves now departs from it completely. We are no longer under a strict colonial rule, but our mindsets, attitudes taste preference remain ‘under lock and key’ of the colonial master, which we run to now and again.

The legacies of Nkrumah remain a vital part of our country’s history which can never be erased. The bragging rights of most Nkrumahist rests solidly with tangible and durable projects that continue to serve our country well. Even after over 60years, they remain vital assets bequeathed to us. Projects such as Accra-Tema Motorway, Akosombo Dam, factories and many other projects continue to be part of our history books written in gold. The story of Nkrumah can perhaps be best told by Mr Kweku Baako, one of the Nkrumahist I revere so much.

Nkrumah’s life and legacy were without blemish, as he was accused severally of misdeeds that will later tarnish his image leading to his ousting and his later demise. One of the accusations against him was his relationship with the media after he won power. As I have come to realize, while the media played a critical role in Nkrumah’s victories, through his own writings and support from the media in pushing his agenda, he will later gag against it even though he had used to his advantage in the struggle for independence, through censorships and clamped downs of some of these outlets that spoke against the ills in his administration.

Perhaps our over-reliant on Nkrumah legacies and ideologies has gotten us stuck for a while in this 21st century such that we may need a major socio-psychological change to move forward, notwithstanding, Nkrumah paid his dues and will continue to remain on the lips of many Ghanaians in pursuit for a leader his calibre, perchance that will be forever in waiting but the search would continue.

The story after Nkrumah has been a mixture of sweet and sour. We have been served with both harsh and comforting times which continues to be the route of no return. Nkrumah’s overthrow brought in military juntas after the other. The intermittent democratic governments gave brief respites that were refreshing however long it lasted until the current dispensation. The quest for total and complete democracy cost lives, freedoms and justices which should never be forgotten and especially those who fought for it.

The 1992 constitution was a transition from a military rule to a democratic one, a rude truncation that lasted for 9years by then military officer, J.J Rawlings who later became and democratic leader and governed for 8years. While some scholars suggest the intervention by the Rawlings regime in 1981 was timely, others believe it served no purpose since it further divided the country and brought about unnecessary tension, deaths and promoted injustice which is still a bone of contention in some sections of society. Some of the debacles during these periods left indelible marks on our nation’s conscience. The death of Justices Cecelia Koranteng Addo, Kwadwo Adjei Agyepong, Poku Sarkodie and a retired army officer, Major Sam Acquah in 1982, continue to linger on Ghana’s soul.

The fourth republican constitution which started in 1993 continues to be the most lasting document binding us together as a democratic nation with respect to the rule of law. Even though the constitution has helped in the aspect of granting the needed democratic rights and freedoms such freedom of speech, association, choice, life etc, there has been some major deficiency that our democracy continues to suffer. The niceties of democracy have not insulated us from the blows of reality. Ghana continues to reel under the very things Nkrumah sought to change. While his approach may have been wrong, the course was a worthy one.

Ghanaians with the country at heart ask where we are heading as a people. Accepting everything as normal that happens in Ghana without questioning, becoming docile as a people and allowing a crafty politician to divide and rule to their convenience and advantage. The real issues of the nation are left unattended to or discussed. Allowing a minority but powerful to set the agenda for the majority which are not always in their interest, adding nothing significant to our state of being as people continue to wallow in mediocrity and poverty.

If you are to meet an ordinary Ghanaian and ask what he think is the direction of Ghana, I doubt anyone will have a tangible answer for you. There is no proper plan, there is little or no focus and as a result, Ghana depends on political manifestoes which are valid for only four years and only work in favour of politicians. So I ask, what is Ghana’s focus in Education, Employment, Agriculture, Trade and Health. What is the nation’s blueprint dealing with sanitation, Housing, Space Planning and Transportation?

The much talked about 40-year development plan continue to be a political chess game, receiving different committees but never seem close to implementation. This is because it works in the interest of politicians and political parties to go according to their manifestoes with parochial intentions behind.

Ghana continues to rely on foreign donations, grants and loans for its survival. 62 years after independence, we still depend on foreign countries to fund portions of our budgets. This year, Ghana will borrow 4.7% of the 2020 budget to fund the deficit. Corruption continues to linger on with daily escalation in the levels and people involved. Politics has become an avenue for making millions of cedis within 4years. We continue to export our natural resources in raw form, receive meagre foreign exchange and battle currency depreciation annually, which becomes a topic for discussion on the political field with partisan narrow interest.

We laugh over disasters that should serve as turning points for our country. Remember the June 3rd twin- disaster that killed over 150 people, deaths on our roads do not seem to move a nerve.  We have become a nation of talkers, from leadership to citizenry. Our conscience is still not awakened about how stagnated we are as a country. We rejoice, celebrate and make funfair over little progress while major issues continue to hunt us.

I have started my fasting and prayers for the coming rainy season. At least if for nothing at all, no one should suffer flooding. Another perennial problem we look forward to every year without any proper plan to mitigate it. We have become reactionary instead of being proactive, morals, values and social strings that hold us together are almost inexistence.

The family system which used to serve as a basic level of socialization has almost broken down. Our sense of patriotism continues to remain untapped and undeveloped, therefore the love for our country is almost extinct.  We have become individualistic, putting ourselves and family first before our country and sometimes at the expense of our country. We are careless where we dump our refuse, we go to work and close at our own convenient times. We treat government properties with contempt.

The media has been infiltrated by external forces, hampering its efficiency. Ownership of media has become a political race between major parties. The influence of media ownership in Ghana political landscape runs deep to the core. Partisan intrusions have led polarized stance on a national issue. Some radio and TV stations in Ghana are bent on propagating partisan agenda. Issues of national interest are viewed in partisan political lenses. The sacred role of the media in educating, informing and entertaining has been reduced to individual interests and profit-making ventures, leaving our nation-building at the whims and caprices of selected few, deciding and forcing it down in the throat of the masses.

Maybe it should not have taken an outsider the tell us the need for strong institutions but that is what happened in 2009 when Former President of the United States, Barack Obama visited. Having strong institutions is a prerequisite for good governance, but strengthening our institutions has been done with words and little action over the years. Governments after others have done little to build confidence in our institutions because it doesn’t work in their favour. Resourcing of state institutions is at the behest of people in power who have no interest in making sure state agencies function properly. Security agencies have become the breeding grounds for political recruitments, leading to major inefficiencies and ineffectiveness in our state institutions tasked to deliver services.

Corruption has become a permanent ‘creature’ in the history of Ghana as it is expected now that people will be corrupt and it will become national and topical issue. Corruption is now discussed in a way such as we have done well because we have had few cases or we had a few cases our time.

Issues facing our country is not rocket science, it should not take another generation to clean the mess of the current generation before they start rebuilding. While our democracy is still young, Ghana should not endure the thorny route to experience development.

March 6th will mark Ghana’s 63rd independence anniversary – Hurray!! But let us celebrate while taking note that, Ghana need competent leaders to transform our lots. Our abundant resources should help build our country and develop it for generations yet unborn.

Anyway, while we continue to search for ‘Government Official 1’, I will like to fly in the ‘Airbus’ now before the ‘500’ missing excavators run me over.