Kofi Boateng writes: It will be tough but let’s not forget Ahmed Hussein-Suale 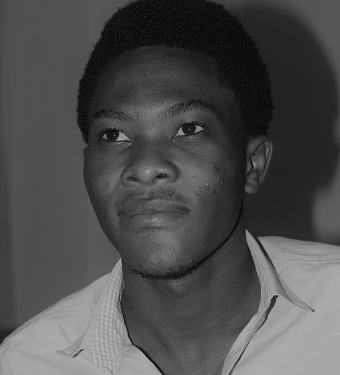 Last year, a programme was held in one of the lecture halls of the Ghana Institute of Journalism for the slain journalist, Ahmed Hussein-Suale. During the event, one of his brothers couldn’t maintain his manliness, as he stood from the front and headed out with a bowed head trying to conceal his tears. But he couldn’t hold it. He started sobbing loudly before he stepped out. This was after a question I can’t recall was asked. I covered my face with my hands. I clenched my fist and glued my jaws. But I couldn’t stay to the end of the programme.

As the one year anniversary news reports faded so did the concerns about his killing.

A friend who works in one of the leading newsrooms in the country told me it had to take a senior colleague to demand that a story about the anniversary of the death of Hussein-Suale be put together. The friend said, it was not that they had forgotten but rhetorically asked, “who was going to file that report” and which editor was going to “approve” it. Eventually, a story was put together.

Although there have been attempts calling for the immediate resolution of his death, lack of concerted and strategic efforts have made them impotent.

So when I heard Samson Lardy Ayenini, the host of News File on Joy FM last Saturday, requesting publicly “for information on why no one is standing trial, answering for the assassination of Tiger Eye’s Ahmed Hussein-Suale,” I punched my fist into the air. I was elated, literally. At least, I thought, an unblinking eye had set his binoculars on this issue.

The seeming disinterest in the killing of Hussein-Suale by some of the most influential journalists in this country, I think, depicts not neutrality per se but safety.

However, we must understand that if we don’t ensure that this murder is solved, the already emboldened killers will continue to snuff out any journalist who stands up against power.

Lividity was the state I was shoved into, when I heard from one news report that the policeman in charge of the evidence of the killing of Hussein-Suale is no more in the country and is now working in the UK. It shows the determination of the perpetrators of this murder. How determined are the supposed “watch dogs” of the state?

Unfortunately, one fascinating thing about the field of Journalism is that you rarely hear of its practitioners protesting for their own rights and interests. Being cautiously frank, some fight for the interests of politicians and business magnets. This, some do so blindly that they will not even contemplate joining forces to speak for their own interest.

Journalism has always been more dangerous for those journalists who have vowed to reveal the ills of the powerful.

The posture of power in our country towards investigative journalists is no different from that of global influencers. By and large, the situation is even worse in some so-called pivotal democratic countries.

John Pilger, an Australian investigative journalist has consistently written and spoken about his countryman, Julian Assange of WikiLeaks. The US government wants Assange to be extradited from the UK so they can sentence him for life for revealing to the world their brazen excesses.

For nine years, he has been among the few people who have stood by Julian Assange when he was confined in the Ecuadorian Embassy in the UK and now in Belmarsh prison. Recently, Australian politicians who have been quiet for almost a decade now concerning Assange’s case are now speaking against his extradition to the US and for his release.

Even with the recent increase in support for Assange, global media giants rarely report on his plight.

My prayer is that Samson’s “public request” will not remain at that but unrelenting demands will be consistently heard from the corners of such prominent journalists. Although, it is evident that it will be tough to sustain such demands. It is also explicit that unflinching requests for justice for Hussein-Suale’s death cannot be glossed over by power.