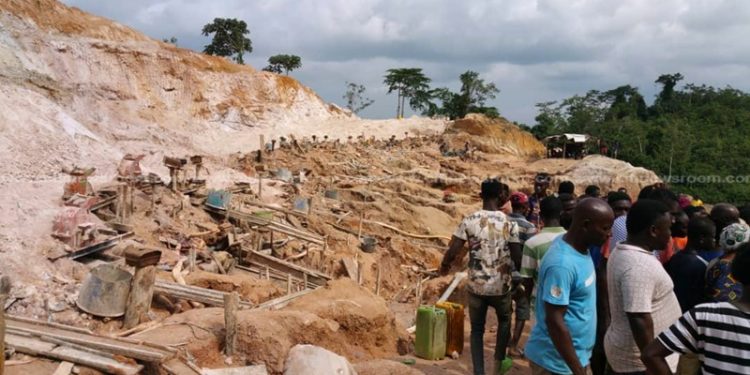 In light of the above, we need to do some introspection of how the crusade against illegal small scale mining began, take a look at some of the gains made and how things started falling apart three years down the line. This is necessary because it will put things in perspective. It is also very necessary because the first gentleman’s job is on the line.

At the time, major water bodies in the Western, Ashanti and Eastern regions that supplied water to over ten million residents in these areas were heavily polluted.

The Ankobra, Offin and Birim rivers were the focal points. The Ghana Water Company warned of dire consequences at the time. The Company that treats water and distributes to our homes said if the situation was not addressed by stakeholders, the near future would be calamitous for the country. It warned at the time that Ghana may be resorting to the importation of water in the next two decades if the problem was not addressed. Because of the turbidity of the water bodies mentioned, its production plants had to work extra to purify water for domestic consumption and most of the river bodies were drying up or being polluted beyond redemption.

Many hectares of forest reserves in the Ashanti, Western and Eastern regions were fast depleting due to illegal small scale mining activities happening in those reserves.

Citi FM, through its flagship programme, the Citi Breakfast Show, started the #StopGalamseyNow campaign. The campaign made five clear demands of government:

This generated considerable discussion in the country, compelling government to institute some measures.

Government eventually placed a ban on all forms of small scale mining in May 2017.

It set up the Inter-Ministerial Committee on Illegal Mining (IMCIM). IMCIM is made up of ten ministries including the Lands and Natural Resources, Defence, Interior, Local Government and Rural Development, Regional Re-organization, Chieftaincy and Religious Affairs, Monitoring and Evaluation, Information, Sanitation & Water Resources, and Environment, Science, Technology and Innovation (MESTI) as chair for the committee.

A military and police team christened Operation Vanguard was subsequently commissioned by the IMCIM with four operating bases in the Ashanti, Eastern, Western and Central regions. Their mandate was to flush out all illegal miners and enforce the ban on all forms of small scale illegal mining.

Their mandate was to streamline the activities of Operation Vanguard and the small scale mining licensing regimes. A year after its inauguration in 2018, it vetted and issued licenses to over 600 miners to go back to work.

Mandated State institutions like the Forestry Commission and the Minerals Commission were strengthened to enforce the laws on small scale mining. 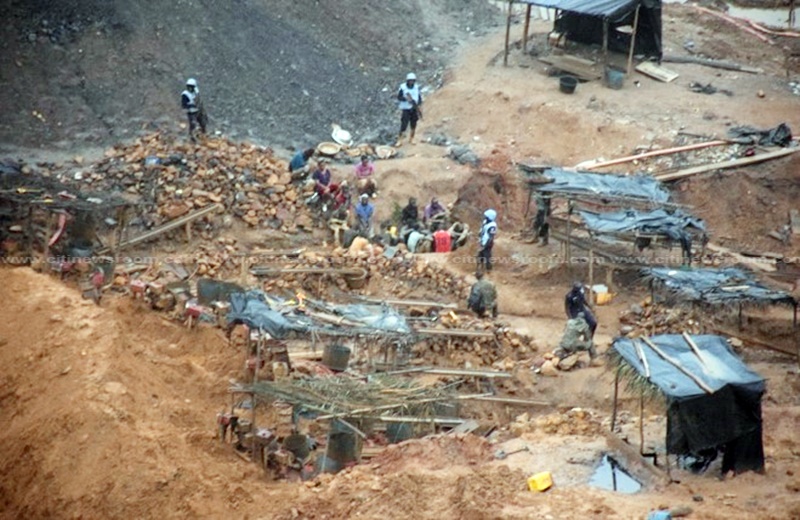 The IMCIM also acquired technologies like Galamstop, an App that integrated activities of all regulatory bodies in the fight against illegal mining.

The ban on all forms of small scale mining was partially lifted in December 2018 a year after its enforcement. It saw over 600 miners vetted and cleared to go back to mine in an environmentally friendly manner. The vetting had begun a month earlier, thus November 2018.

Let me take you through some of the rudiments these miners went through before they were given the permits to mine again. All registered small-scale miners whose licenses were operational as at April 1, 2017, were to submit all relevant documentation to the Inter-Ministerial Committee on Illegal Mining (IMCIM) Secretariat, before Friday, September 7, 2018.

Miners who sailed through the vetting were cleared eventually return to their sites.

Another group GalamSTOP Taskforce was commissioned by IMCIM on 29th September, 2019 to augment activities of Operation Vanguard. This parallel force has been questioned as its role has not been properly clarified.

The IMCIM Secretariat also procured drones to monitor activities of illegal miners, especially in the forest reserves. My checks with the IMCIM indicate that a total of 144 drone pilots from the Nation’s Builders Corps, were trained. 10 of the trainees were assigned to IMCIM, 18 for Operation Vanguard and 15 for the Minerals Commission.

It also acquired speed boats to aid Operation Vanguard to flush out illegal miners operating along water bodies. As of 2019, Operation Vanguard had arrested about 2,000 illegal Miners with Chinese and Ghanaians being the worst culprits.

At the peak of the campaign, there were reported cases of water bodies returning to their natural states. The government also introduced the community mining project in 2019, to streamline mining for interested indigenes in mining areas.

On the back of these gains, the Chairman of the Inter-Ministerial Committee on Illegal Mining, scored their achievement at 70 percent.

Gains have been made but there are some major setbacks militating against the Stop Galamsey fight.

The secretary of the Inter-Ministerial Committee on Illegal Mining, Charles Bissue, for instance, was implicated in a documentary allegedly taking a bribe to aid the issuance of mining license

He has since stepped down from his role as Secretary to the Committee. He was cleared of the allegations by the Criminal Investigations Department. But the Special Prosecutor arm of the investigations is still ongoing albeit slow.

There have been allegations of bribery and extortion against members of Operation Vanguard. This is seriously affecting their operations.

Forestry Commission officials have also stated on record that some powerful politicians are behind the illegal small scale mining enterprise, making it practically difficult for them to enforce the law.

The slow pace of prosecution of arrested illegal miners is also worsening matters.

The latest in the twist of events, is the case of the missing excavators. The Chairman of the Inter-Ministerial Committee on Illegal Mining (IMCIM), Prof. Frimpong Boateng alleged that some seized excavators have gone missing.

During the peak of the crusade between 2017 and 2019, about five hundred excavators were seized from illegal miners. They were to be kept in the custody of the police by law.

In Ghana’s mining laws all seized or confiscated item should be supervised by state security agencies like the police, military or immigration.

Reports of the disappearance of the excavators and the subsequent arrest of an official of IMCIM, who is also the suspended Central regional NPP vice-chairman, Horace Ekow Ewusi and six others beg for answers.

Another mind-boggling announcement by the small scale miners was that the ounces of gold seized by IMCIM at the period are also missing.

These are serious allegations President Akufo-Addo must investigate if he really meant putting his job on the line. Mind you the Inter-Ministerial Committee on Illegal Mining (IMCIM) is directly under the Presidency.

As a mining reporter who has followed and reported on mining issues, I now understand why many at the time said the formation of the IMCIM was counter-productive. From all indications, it has been. Its Secretary, Charles Bissue has been implicated for allegedly taking bribes. He is still being investigated by the Office of the Special Prosecutor.

Its Chairman, Professor Frimpong Boateng has also been caught on tape in a conversation that seems to suggest he had and his party sought to privately profit from the confiscation of the excavators to fund their political party’s activities. That is scandalous, to say the least.

How do we salvage the already damaged reputation of IMCIM? It does not need any salvaging; it must be completely dissolved. Its Chairman should have been fired or made to resign by now. The Minerals Commission can do a better job. There are laws that regulate the small scale mining space. The Minerals Commission is now decentralised. It has regional and district offices. The recent addition is the Regional office in Tamale. It has added four new mining district offices in addition to the existing nine and opened eight new satellite offices. It has also recently recruited 71 people and 220 Mining wardens to assist the Commission. While this may not be enough, there is clearly some capacity at the Minerals Commission and with their institutional understanding of the mining space, they are better placed to take over from the IMCIM.

After the dissolution of IMCIM, innovations like Galamstop, the drones and the numerous vehicles should be given to the Minerals Commission to bolster their resources and strengthen their hand to enable them do a superior job.

The writer, Kojo Agyeman, is a broadcast journalist with Citi FM/Citi TV and has reported extensively on illegal mining issues over the last three years.