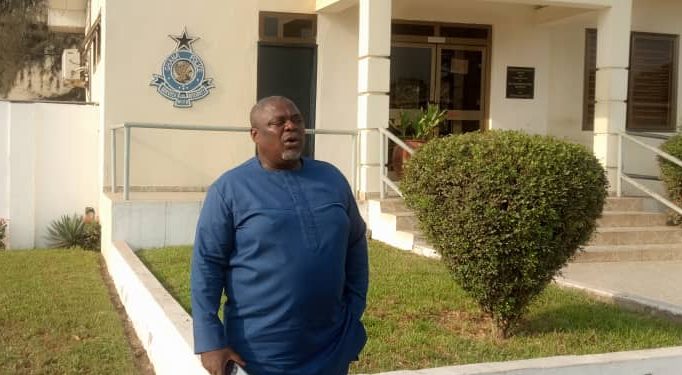 A former Deputy Secretary for the National Democratic Congress (NDC) Koku Anyidoho has lodged a second complaint at the Cyber Crime Unit of the Ghana Police Criminal Investigations Department about a fake Facebook account set up in his name.

According to him, the account which was opened about four years ago is still in existence and is being used to circulate posts which he knows nothing about.

Mr. Anyidoho, in his statement to the Police, said the “fake Facebook account is causing me huge problems hence my coming back to this respected police service to lodge a second official complaint.”

He further expressed hope that the Police service will do their job in fishing out “the person/s behind this criminal act”. 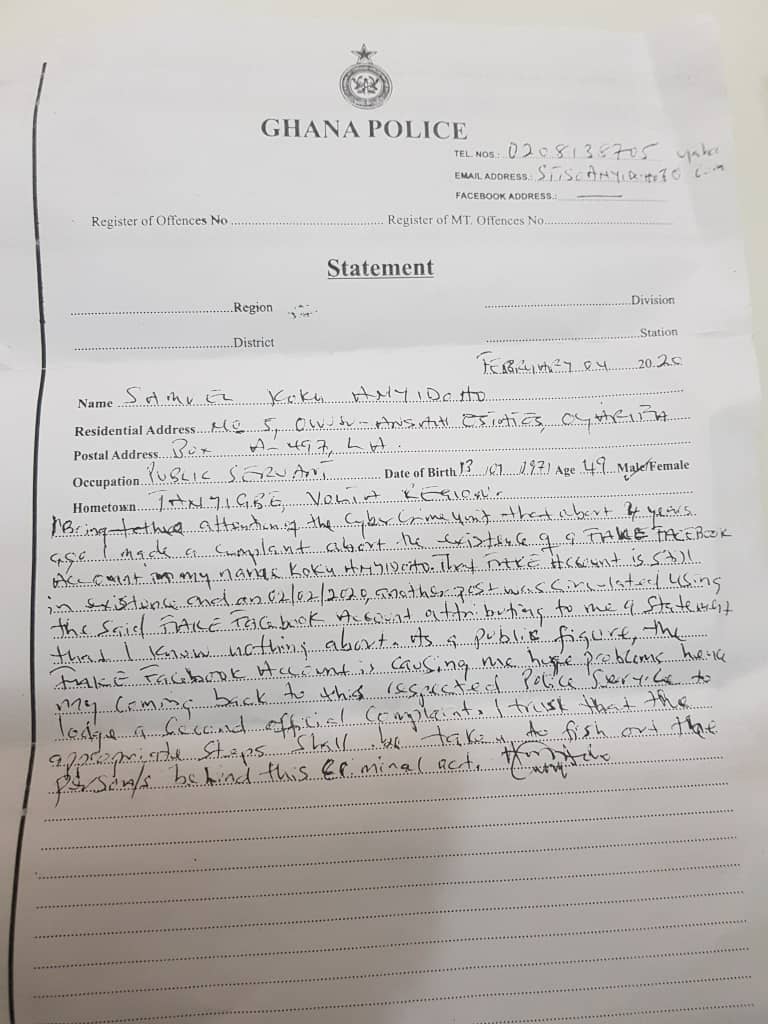 There have been several cases where public figures and institutions have complained of people using fake social media accounts in their name to perform all sorts of crime.

Till date, there is no known solution to this never-dying menace.

In 2018 for instance, the Member of Parliament for Wenchi in the Brong Ahafo Region, Prof. George Gyan Baffour, called on his constituents and Ghanaians to disregard a Facebook account set up in his name.

According to him, some unknown persons had used his picture and other details to create a Facebook account through which they advertised non-existent jobs.

Last year, the Nursing and Midwifery Council of Ghana also fell victim to this crime.

The Council reported that the fraudsters in an attempt to secure unlawful gain on their circulated several false correspondences targeted at innocent citizens, which requested its trainees and practitioners to call some unidentified telephone numbers to transact business on behalf of the Council.

In a statement, the council urged its members and the general public to be careful of the fraudulent Facebook page created in its name.

Meanwhile, the government of Ghana has cautioned the public to desist from the use of fake social media accounts in duping people.

According to a statement signed by Kojo Oppong Nkrumah, the Minister for Information, there has been an increase in the use of fake social media accounts to rob people of their money and other valuables.

The statement added that even though efforts are being made to combat the menace, the public must be cautious when dealing with such accounts on social media especially Facebook.

Airbus scandal: Mahama must avail himself for investigations – Kyei Mensah-Bonsu