Minority not against Pwalugu dam project, we only want value for money – Muntaka 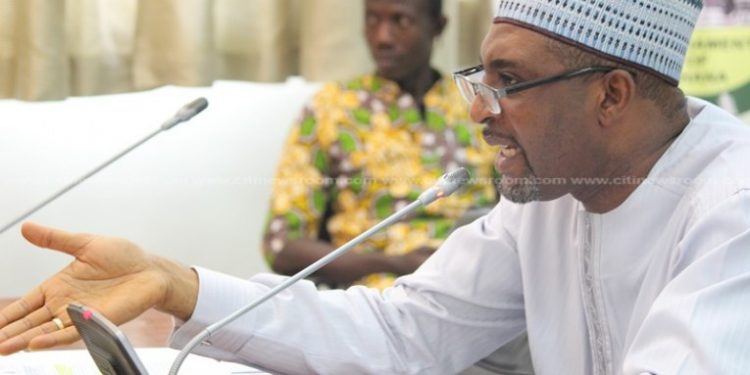 The Minority in Parliament has stated that it will not approve the construction of the Pwalugu multipurpose dam if the Majority does not furnish the House with the right details.

According to the Minority MPs, they will not vote for the approval of the deal “unless the right thing is done.”

Speaking on Eyewitness News, Minority Chief Whip and MP for Asawaase, Mohammed Muntaka Mubarak, stated that though the project is good, it doesn’t offer value for money.

“It has to go back to the committee for proper works to be done and value for money has to be considered,” he said.

“We are not opposed to the project. We just have to keep certain principles. The work we do as Members of Parliament largely is supposed to be playing oversight on the Executive. Simply because you say you are going to give me, Hon, Muntaka a car, does not mean I should not be interested in how much you are buying the car, where you are buying the car, what is the price for the car, what is the quality of the vehicle, do we have value for money,” he added.

“We thought that as good as the project will be as useful as it will be, the proper thing needs to be done. Why are we doing this to the electorate? Why are we being so reckless in the way we carry things. All we do and care about is how much we are making out of those things and we are just running about and don’t care about value for money and procedure. We don’t care about anything. All we need is to just approve it. That cannot be right,” he further noted.

The Minority resisted the approval process before Parliament went on recess in 2019 to pave way for the requisite due diligence on the deal.

Also on Thursday 6th February 2020, the Speaker of Parliament, Prof. Aaron Mike Oquaye deferred the debate on the agreements for the construction of the Pwalugu Multipurpose Dam to next Tuesday, February 11, 2020 after hostilities resumed in the Chamber over whether the procedure for the consideration of the agreements was right.

“The Minority Leader talks about not being able to participate even as we speak today. I will say I trust that will not happen because that will be another boycott approach, which I will not recommend,” the Speaker said in his address.

Minority Leader, Haruna Iddrisu, last week called for a review of the cost of the electrical generation components for the proposed Pwalugu Dam. He said it was too expensive and must be renegotiated.

However, Majority Leader, Osei Kyei Mensah-Bonsu, had stated that the Minority’s concerns about the cost of the Pwalugu multipurpose dam project are erroneous as the scope of the work to be done warrants the budgeted amount for the project.

He defended the agreement, saying that the estimated amount involved key components such as the acquisition of lands.

“I think the proper thing will be for the Committee of Finance and the Committee of Mines and Energy to re-examine this particular request. Other than that you cannot spend GHS366 million dollars on 60 megawatts of electricity…Ideally, I made a comment that the appropriate thing will be for the committees to re-examine it. We do not just look at terms and conditions but we look at its impact on the economy and the Ghanaian people,” he said.