No need to worry about salmonella gizzard scare – FDA 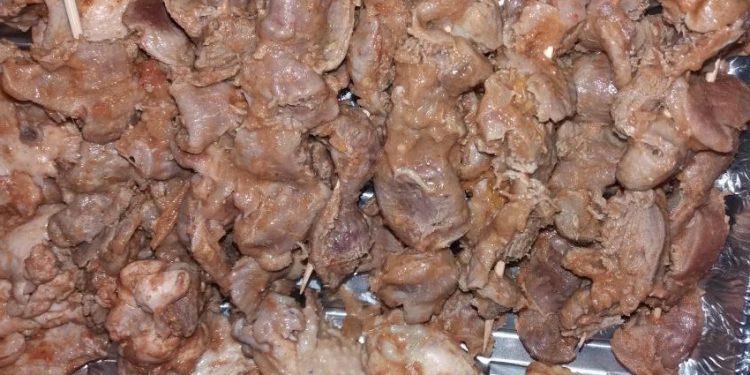 The Food And Drugs Authority has said there is no cause for alarm amid reports that three containers of salmonella infested gizzard were allowed into the Ghanaian market.

Thorough cooking of foods is known to kill salmonella, which is a major cause of foodborne illness throughout the world.

“This gizzard, if you cook it, whatever bacteria you are talking about is nullified through the heat. So in actual fact, this is not something that we should even be worried about,” the Head of Corporate Affairs at the FDA, James Lartey, said to Citi News.

The containers which were marked as contaminated were imported from Brazil into the country in 2019.

Officials of the Veterinary Service Directorate of the Ministry of Food and Agriculture (MoFA), however, impounded the containers shortly on arrival at the Tema port, following an alert from Brazilian Authorities.

But Mr. Lartey said the importers of the four 40-footer containers of salmonella infested gizzard did not err because they had the requisite certification.

According to him, the health certificates presented by the importers were valid and “indicated that the products were wholesome.”

“Necessary examination that ought to be done was done and it also indicated there was no problem with the consignment,” he added.

Mr. Lartey also noted that the alert about the salmonella came too late for any detection.

“At the time the clearance took place, the alert had not been received the products had been contaminated…the FDA only got to know about this alert a week ago; about a year after the product had been cleared.”

“If FDA knew about the alert, the time the alert came into, we would have taken the necessary measures to ensure the product was withdrawn from the market,” he assured.

Salmonella is a genus of bacteria that are a major cause of foodborne illness throughout the world.

The bacteria are generally transmitted to humans through consumption of contaminated food of animal origin, mainly meat, poultry, eggs and milk.

The symptoms of Salmonella infection usually appear 12–72 hours after infection, and include fever, abdominal pain, diarrhoea, nausea and sometimes vomiting.

The illness usually lasts four to seven days, and most people recover without treatment. However, in the very young and the elderly, and in cases when the bacteria enter the bloodstream, anti biotherapy may be needed.