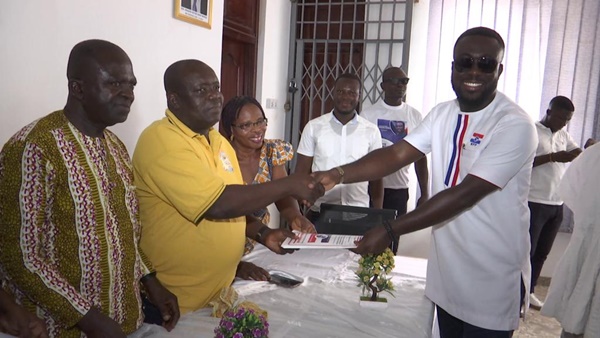 There is a strong push within the Takoradi Constituency of the New Patriotic Party (NPP) to unseat the Western Regional Minister, Kobina Okyere-Darko Mensah, after his twelve-year reign as Takoradi Member of Parliament.

The desire by party folks to unseat the Minister follows the filing of nomination by a 37-year-old lecturer at the Takoradi Technical University, Frederick Kakraba Sam.

Kakraba Sam is also a lawyer and the immediate past NPP Youth Organizer in the Takoradi Constituency.

Speaking to Citi News, a cross-section of the party supporters who accompanied Frederick Kakraba Sam, to file his nomination forms called for a new face for the Takoradi seat since the incumbent MP according to them has done little for the three-term he has been on the seat.

A member of the NPP in the Takoradi Constituency, Dede Baiden, said the time is ripe for the incumbent, Kwabena Okyere Darko Mensah to go.

“It’s been 12 years since Kobby took the Takoradi seat and what has he done? It is time he leaves for somebody else to come. Just like late Gladys Asmah did, she came for three terms and left for Kobby to come,” he said. 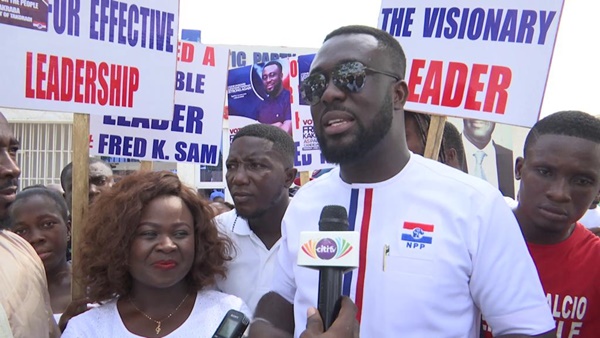 “I support Kakraba because he is humble and has come to support the youth of Takoradi. Takoradi is really not seeing any progress and there should be awakening so everyone is supporting Kakraba.“

An NPP activist in the Takoradi Constituency known as ‘Chilling,’ was not different in his call for incumbent Takoradi MP to give way for Kakraba.

“We need a change this year in Takoradi. When we voted for Kobby he didn’t do anything. In fact, he has not done anything for us. He doesn’t even pick our calls and so right now we don’t want him again. We have somebody who can help us in the person of Kakraba,“ he said.

Frederick Kakraba Sam whose filing of nomination was preceded with a mammoth float with his supporters to the party office, beside his lecturing career is also a successful transport operator who has created a lot of job opportunities for the youth in the Takoradi Constituency.

Speaking to Citi News after filing his nomination forms, the first-timer parliamentary aspirant, Frederick Kakraba Sam, said his years of hard work to the party, academic and professional experiences have prepared him enough to lead the party to win the Takoradi seat and finally represent the constituency in Parliament.

In addition to his parliamentary duties, Kakraba Sam said if given the nod, he will push for serious development of Takoradi and make sure the youth benefit from the Oil and Gas resource.

“This is the UP tradition and we believe in democracy since the party every four years allows people to pick forms to contest. So I have done personal introspection, consulted widely and upon all these, I realized that I stand a better chance of representing the people in Takoradi Parliament.”

“I am a young man who has acquired all the necessary academic feat and currently pursuing my LPC in the UK and believes strongly that with all these, and as a legislator, I would be able to advocate for the interest of Takoradi people in Parliament. Many of the youth are clamouring for jobs everywhere I pass, so my main aim to help Takoradi constituency is to use my connections, both local and international to bring people to invest in Takoradi to give the youth jobs which would be a panacea to their worries. Even now, when you look around there are some Petroleum Support service providers who can give jobs to Takoradi residents, but how many are employed?” 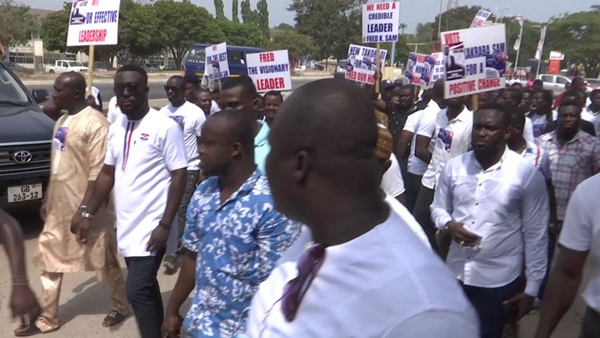 “As the leader of the Takoradi constituency, I will do my best to talk to these companies to give jobs to the people of Takoradi to avert the youth of Takoradi from one day rebelling against the industry,“ he said.