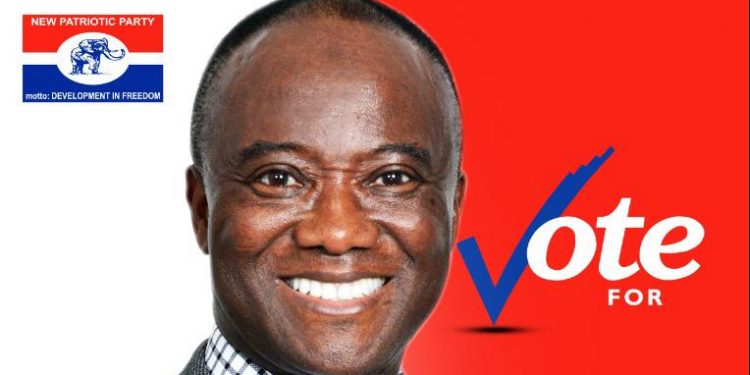 As the governing New Patriotic Party (NPP) prepares to conduct primaries to elect parliamentary candidates in some constituencies in the country, a Professor in international trade negotiations has filed nomination to contest the Kade seat in the Eastern Region.

Professor Dickson Akwasi Yeboah who hails from Pramkese is the Head of Intensive Negotiation Skills Unit of the World Trade Organization (WTO).

He had worked with the United Nations Economic Commission for Europe where he helped established series of flexible operational programs for estimating export earnings shortfalls/overages of developing countries.

He hopes to apply his trade negotiation skills to enhance enterprise growth and sustainability, serve humanity and improve human capital development in his area as well as contribute his knowledge in formulating trade laws and policies for Ghana.

Even before embarking on his political ambitions, Prof. Dickson Yeboah has been instrumental in carrying out social interventions in the area including construction of twelve (12) single room self-contained facility, fixed with air conditioning and other modern building facilities for the Ghana Police Service.

He opened a sachet and bottled water production company that employs a number of the youth in the area.

He is currently setting up a rubber company, to produce rolls and bagging rubber for sachet water producing companies in Ghana.

This he sought to employ a significant number of people.

As a Multilingual who speaks French, English, and German fluently, Prof. Dickson Yeboah disclosed that the world business community was applauding his quest to become a legislator because they know his contributions towards free trade and investment policies in Africa.