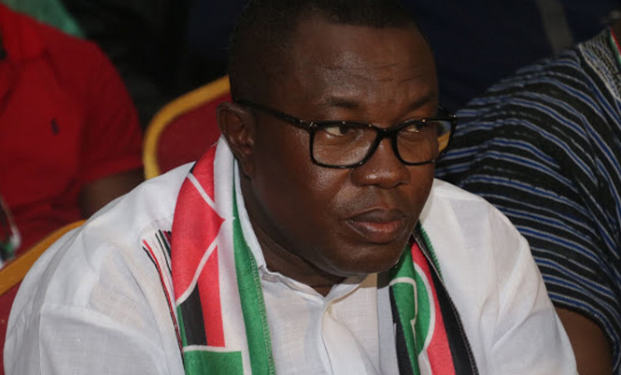 National Chairman of the opposition National Democratic Congress, Samuel Ofosu Ampofo is challenging an Accra High Court’s decision to accept as evidence a statement supposedly made by a witness brought before the court by the prosecutors in the case.

Ofosu Ampofo challenged the ruling by the court today, Wednesday.

Mr Ampofo through his lawyers filed an appeal at the Court of Appeal claiming that the witness statement cannot hold because the witness had denied knowledge of the content.

The prosecution witness, Benjamin Osei Ampofo Adjei who is a broadcast journalist with Adom FM told the court last week that he did not author the content in the said witness statement.

Though agreeing that the statement had his signature, Mr Ampofo Adjei told the court that he only signed a document brought to him when he was on his way to read the news hence could not read the content of the said document.

Despite the stance of Mr Ampofo Adjei, the High Court still admitted the witness statement as evidence, a decision lawyers of Samuel Ofosu Ampofo were not happy with.

Samuel Ofosu Ampofo is standing trial together with Anthony Kwaku Boahen, a Deputy Communications Officer of the NDC, over an alleged leaked tape in which the NDC National Chairman allegedly incited violence against the Chairperson of the Electoral Commission (EC), Mrs Jean Mensa, and the Chairman of the National Peace Council (NPC), Rev. Prof. Emmanuel Asante.

One of Mr Ofosu-Ampofo’s lawyers, Abraham Amaliba, had earlier accused the state of fabricating evidence in the ongoing case hence Mr Ampofo Adjei’s denial of the content attributed to him.

“In my practice, this is the first time I am seeing a witness in the witness box denying an act that this purported to be his act… it simply means these are trumped-up charges,” he said.

“Because they are trumped-up charges, they need to couch something for the witness to append his signature,” Mr Amaliba told Citi News after court proceedings last week.

According to the prosecution’s facts, following the Ayawaso West Wuogon by-election violence on January 31, 2019, Mr Ofosu-Ampofo met with some NDC communicators on February 3, 2019.

Mr Ofosu-Ampofo and Boahen are said to have outlined an action plan which included violence against Mrs Mensa and Rev. Prof. Asante.

The prosecution added that on February 20, 2019, Boahen granted a radio interview in which he confirmed his participation in the said meeting and also revealed that the leaked audio recording was a true reflection of what had transpired at the February 3, 2019 meeting.