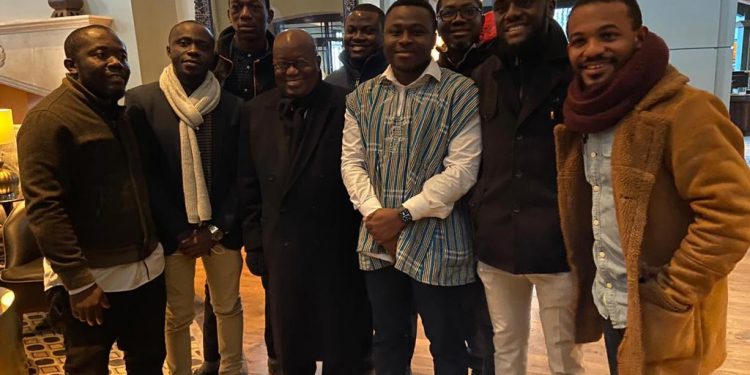 President Akufo-Addo met and interacted with students from the University of Aberdeen informally at his hotel in St. Andrews, Scotland.

The students, numbering nine (9) in total, embarked on a four (4) hour journey from Aberdeen to St. Andrews where President Akufo-Addo was set to deliver the keynote address at the St Andrews Africa Summit.

The summit is “a student-led initiative that promotes a versatile discussion about Africa, African and African Affairs”, on the theme “Leadership, Development and Entrepreneurship”.

Nana Addo’s stop in Scotland is part of a 12-day working visit to Scotland, Norway, the United Kingdom, Switzerland and Belgium.

“While we knew the President was going to be in Scotland, we didn’t know exactly where he was going to be,” Akosua Ofosu-Asiedu, a 5th year medical student at Aberdeen and leader of the student group narrated to Citi News about their trip.

“But when we found out late that he was going to be in St Andrews, we knew we had to meet him so we quickly organized a mini-bus for the trip.

“When we got there, he had already spoken but we went to the hotel where he was staying, and when he heard that some Ghanaian students were there to meet him, he came down to meet everyone and that made our trip worth it,” she concluded. 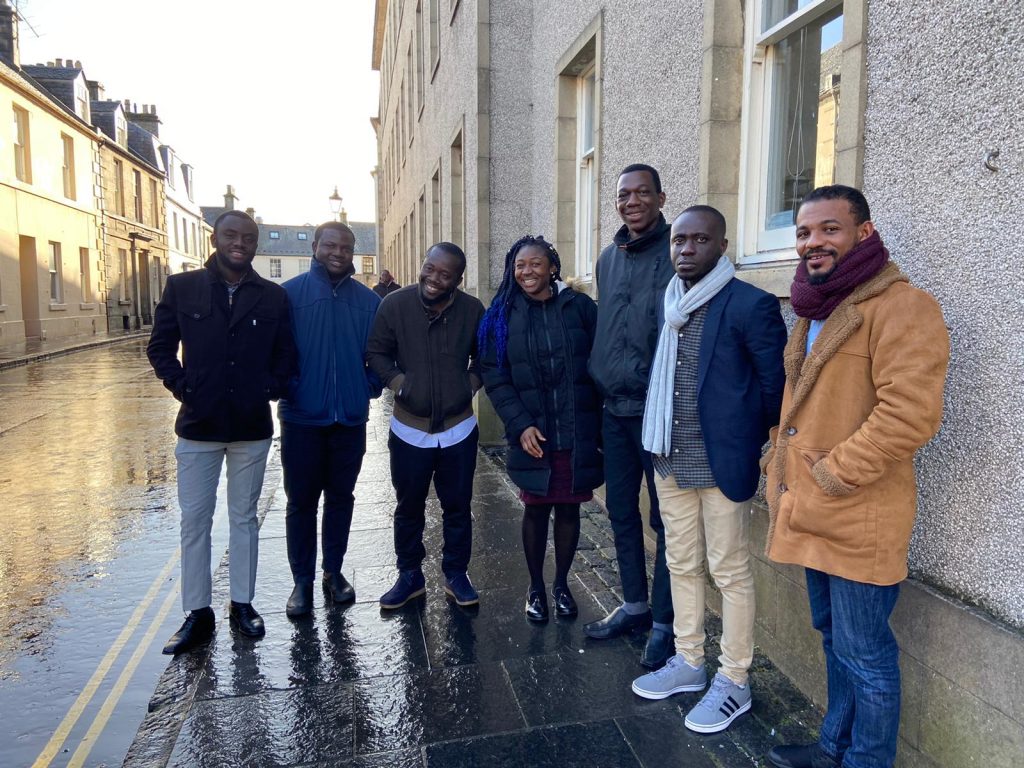 The President will return to Ghana on Wednesday, March 4.

Following the visit to St. Andrews, the President will then travel to Oslo, Norway, to pay an official visit, at the invitation of Prime Minister Erna Solberg.

As co-Chair of the Eminent Group of Advocates of the 2030 United Nations Sustainable Development Goals with the Norwegian Prime Minister, he will also join other SDG Advocates at a High-Level meeting on food security and climate change.

He will then be in London on February 27 for a speaking engagement at Chatham House, home of the Royal Institute of International Affairs, London, on the theme “Financing for Sustainable Development in Africa”.

At the invitation of Her Excellency Simonetta Sommaruga, President Akufo-Addo will pay a State Visit to Switzerland from February 28 to 29.

The visit is a reciprocal one paid to Ghana, in July 2017, by the 91st President of the Swiss Confederation, Her Excellency Doris Leuthard, who was the first European leader to visit Ghana in the Akufo-Addo presidency.

Again, at the invitation of the European Conservatives and Reformists (ECR) Group, President Akufo-Addo will travel to Brussels, Belgium, on March 3 to address the 2nd ECR-Africa Summit on 4th March on “Ghana’s economy and thriving democracy”, and also meet with the leadership of the European Union to discuss issues pertaining to Ghana-EU relations.