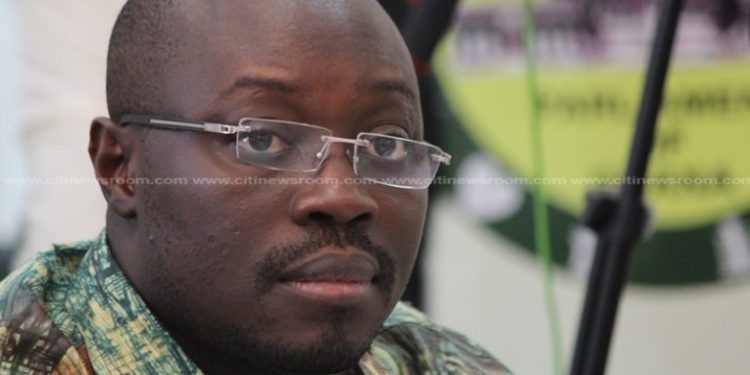 The Minority in Parliament says the government’s decision to grant a tax waiver of 23.9 million dollars to Platinum Properties Limited under the GIPC Act 2013(Act 865) is untenable.

According to the minority, the company which is undertaking the Pullman Accra Airport City Project does not deserve the tax exemption because the funding from the project is locally sourced, hence does not qualify as a Foreign Direct Investment (FDI).

The group further argued that the Finance Committee is yet to be furnished with the full details of how the remaining 25 percent equity component of the project will be funded.

They pointed out that as far as the minority is concerned, the only information available to them was that the 25 percent equity component of the project amounting to about 31.5 million dollars will be funded by the Ghana Infrastructure and Investment Fund to the tune of 13 million dollars representing 41 percent while the sponsor, one Dr. Kwame Nyantakye-Owusu will contribute 18. 5 million dollars 59 percent.

Raising more concerns, the Minority maintained that they are unable to determine the list of items contained in the assessor’s list which are to be exempted under the request for the project in question.

The development they say is due to the fact that no Bills of quantitative and relevant project drawings were provided as part of the request to enable the Finance Committee to come to a reasonable determination of the identified examined items.

“Again we are unable to appreciate the reasons why a building project estimated to cost 73 million dollars will import materials in excess of 66 million dollars for which a tax waiver liability of about 24 million dollars is required,” The minority said.

The Minority says it cannot on the basis of this recommend approval of the waiver.

The government has however justified its decision to grant the tax waiver in line with the law setting up the Ghana Investment Promotion Centre, GIPC.

The report of the Finance Committee on the waiver request, accused the previous administration of granting many tax waivers to companies without parliamentary approval, arguing that this one has gone through the right processes and must be granted.

Among the list of companies they presented as having benefited from waivers in the past was one owned by Ibrahim Mahama, brother to then President, John Dramani Mahama.

The Committee says it has been informed that upon completion, the Airport City Development Enclave, will become Accra’s preferred hotel destination.

“This will augment the aviation industry and help attract more high profile business meetings and social visitors into the Ghanaian capital,” the report said.

It is expected that the request would be approved without the minority, although the Speaker suspended the debate on the deal on Tuesday.

More about the project

The project will comprise 215 hotel rooms and suites and 149 serviced apartments under the ‘Pullman Living’ brand, with an executive lounge.

It will also have two restaurants, a range of international cuisines, two swimming pools with pool bars, a fitness centre, a wellness spa and plush landscaped areas.

Set to open in 2021, it will be the first dual hospitality offering in Ghana and also become Ghana’s largest and most distinguished hospitality facility.

Addressing the gathering before cutting the sod for the project in December 2018, President Akufo-Addo said the project is in line with the government’s vision of using an appropriate mix of public policy, and public-private investments, to help market the country as an exciting destination for leisure, conference, sports, health, educational and cultural tourism.”

He noted that apart from the creation of over 1,000 jobs at the construction phase, the project would during its operating phase employ 546 persons.