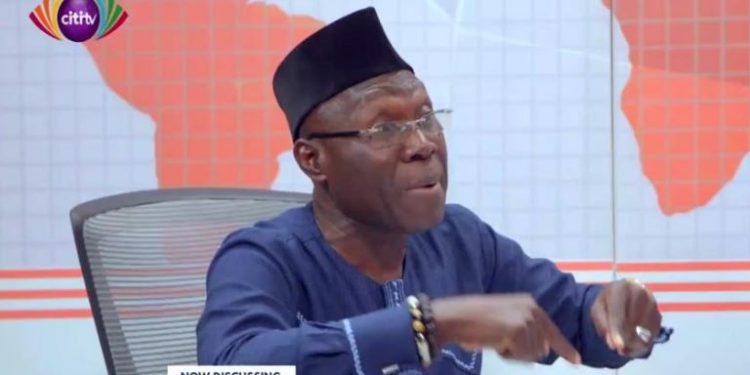 The Member of Parliament for Tamale Central, Inusah Fuseini, has rubbished President Nana Akufo-Addo’s directive to the Special Prosecutor to investigate the role of former Ghana Government officials in the Airbus bribery scandal.

According to him, the investigation process will only be a waste of time since the facts of the matter have already been made known through the US and UK court documents.

Speaking on the Point of View on Citi TV on Monday, Inusah Fuseini said President Akufo-Addo’s action was indicative of the fact that he did not read the UK court’s judgement on the Airbus bribery scandal.

The legislator said although the National Democratic Congress (NDC) is open to investigations, it is certain that nothing incriminating will be found against the party nor its previous government should one be conducted.

Aircraft manufacturing giant, Airbus, has been the news for the past few days after it agreed on a legal settlement of about £3 billion over its involvement in an alleged bribery scandal between 2009 and 2015 in various markets including Ghana.

President Akufo-Addo in a statement on Sunday indicated that the Special Prosecutor was being tasked to collaborate with the appropriate UK agencies to investigate the matter and determine the complicity or otherwise of any past or present Ghanaian government official.

The National Democratic Congress in reacting to news about the development denied claims of any incident of bribery during 2009 – 2015.

The party, in a statement signed by the former Attorney General, Marrietta Brew Appiah-Oppong said the media was misrepresenting the facts as contained in the court judgement.

But the New Patriotic Party (NPP) at a press conference on Monday, named former president John Mahama as the unnamed government official cited in the UK court documents as being among the Ghanaian officials in the web of the bribery scandal.

The party also indicated that a close relation to the government official whom they had identified as John Mahama, that was mentioned in the court documents as capitalizing on his relation with the seat of power receive bribes to get the deal with Airbus is a ‘brother’ of John Mahama.

The NPP said its conclusions were based on some facts on the face of the UK and US court documents as well as some information from John Mahama’s book.