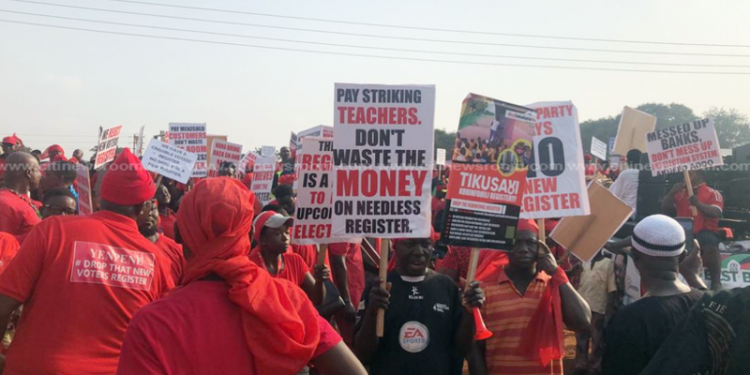 Hundreds of supporters of the Inter-Party Resistance Against New Voter Register are currently embarking on their third demonstration to protest the compilation of a new voters’ register ahead of the upcoming general elections.

Today’s demonstration is captioned Wɔkpɛnɛɛ, meaning, we will not agree.

The group had suspended its demonstration but rescinded the decision after the EC announced a date for the compilation of the new voters’ register despite a planned meeting with the EC’s Eminent Advisory Committee.

The group also accused the Commission of not being open enough with modalities for the new voter register despite calls for dialogue by its Eminent Advisory Committee. 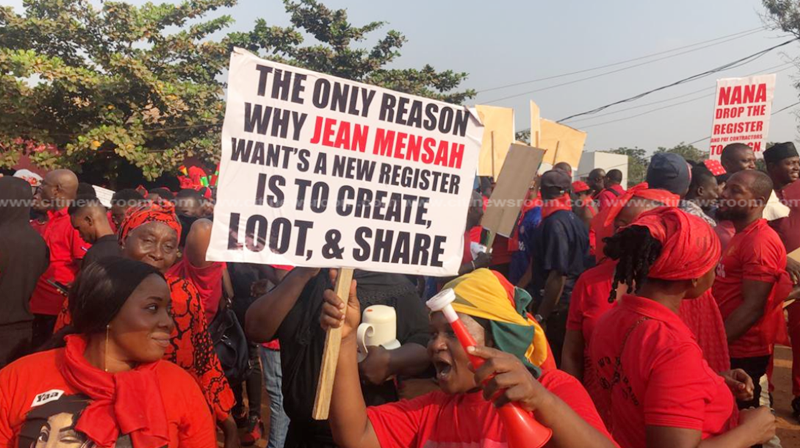 Some of the protestors who spoke to Citi News said:

“Don’t you want to see surprises…Ghana will be shocked. We are going to see more of such demonstrations,” another intimated.

The EC plans to abandon its current biometric verification system and procure a new one which has facial recognition technology.

The commission wants to do away with all forms of manual verification of voters.

As part of this, it also plans to compile a new voters’ register which has been assigned a budget of GHS 390 million.

The EC has announced April 18, 2020, as the date to begin compiling the new register.

A provisional version of the register is expected to be ready in June 2020. 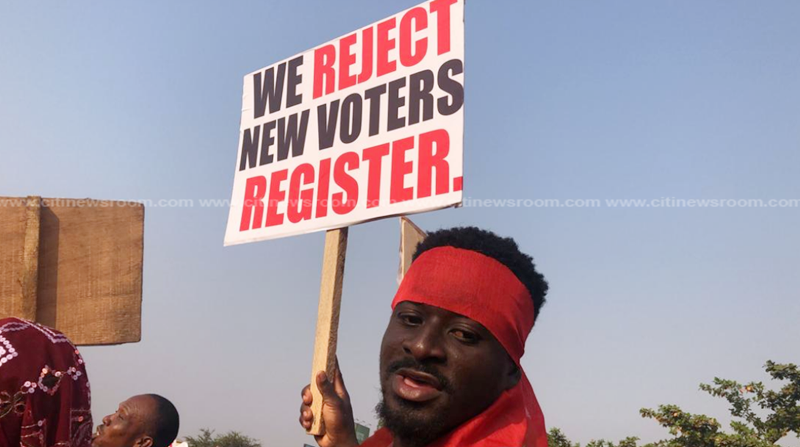 Last week, an Inter-Party Advisory Committee (IPAC) meeting on the dispute over the compilation of a new voters’ register ended in a stalemate.

The parties opposed to the new compilation said they remained unconvinced by the EC’s argument for a new register because there was no proof that the current register is not credible. 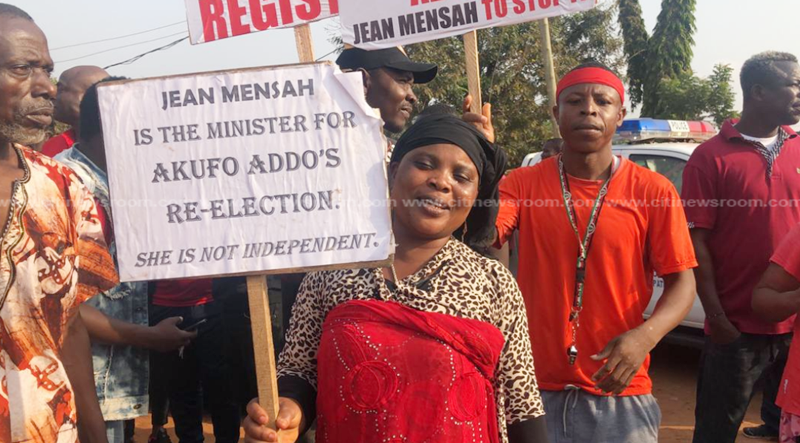 But the EC still plans to go ahead with a compilation of the register and has assured political parties that an electronic version of the electoral roll will be delivered to them in the middle of October 2020.

Per the provisional time of the EC, printing and distribution of the final register is expected to take place between October 10 and November 8, 2020. 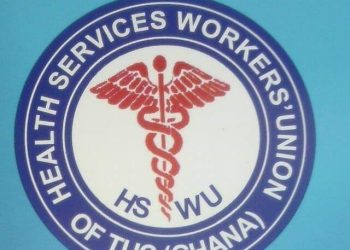 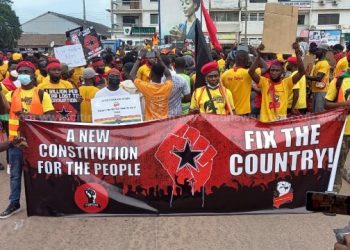 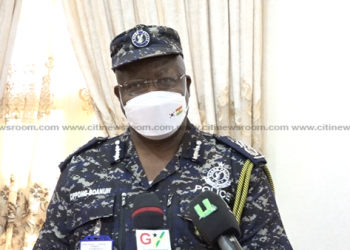