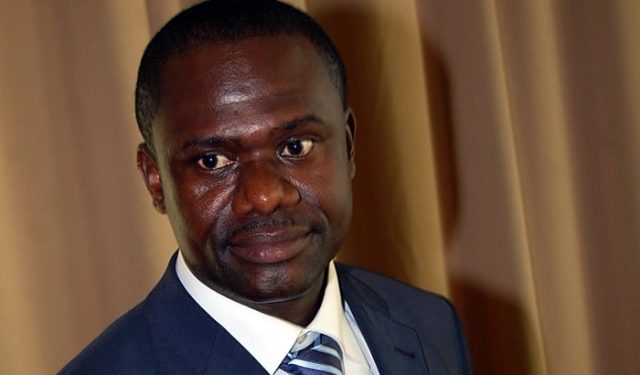 Zoomlion Ghana Limited has welcomed the dismissal of the court case it brought against the Auditor-General.

An Accra High Court dismissed an appeal brought before it by Zoomlion Ghana Limited resisting a disallowance and surcharge made against it by the Auditor-General in October 2018.

The company in a statement stressed that “the court was categorical that no fraud was established.”

Though welcoming the court ruling, Zoomlion noted that it could still seek a review of the decision and “will proceed to take steps it deems fit based on the counsel of its lawyers upon studying the ruling.”

The surcharges were applied following an audit of a contract executed by Zoomlion Ghana Limited for the Ministry of Health.

“Although Zoomlion has always maintained that the Auditor General’s position was ill-suited when measured against the actual circumstances of the contract, the High Court thought otherwise and decided against Zoomlion.”

The Auditor-General ordered the then head and three former Chief Executive Officers (CEOs) of the National Health Insurance Authority (NHIA) and the management of Zoomlion to refund GHc411,433,086 following revelations of alleged wrongful payments made to the waste management company.

In separate letters to the four; Sylvester Mensah, Ras Boateng, Samuel Annor and Nathaniel Otoo, the Auditor-General, Daniel Domelevo stated that after an audit into the accounts of the NHIA for the period from January 2007 to April 2018, the financial infractions were noted, prompting the surcharges and ultimatum.

The waste management company subsequently sued over the issue.

The company in its defence argued that the Auditor-General’s findings were not supported by facts and supporting evidence.

Zoomlion in its appeal further argued that the respondent (Auditor-General) erred in its finding against the company.

However, the High Court in its judgement explained that Zoomlion failed to make a convincing “case to warrant the grant of this appeal”.

“I have considered the factors stated in order 74 rule 2(3) of the High Court (Civil procedure) Rules, 2004 (C.I 47) as amended by C.I 87 with respect to cost. I have also considered the facts and circumstances of this case including the cost of bringing the several exhibits submitted to the court in support of each parties’ case. Based on that, I am of the view that it is in the interest of justice that no order should be made with respects to costs. There is, therefore, no order as to costs.”

In October 2019, an Accra High Court set aside audit findings and a notice of certification and specification of disallowance and surcharge brought against a former Chief Executive of the National Health Insurance Authority (NHIA), Sylvester Mensah, and his deputy in-charge of finance and investment, Alex Nartey by the Auditor-General.

The Court, presided over by the same Justice Georgina Mensah-Datsa ruled that the audit and the subsequent notice of surcharge against the two did not follow due process, and therefore proceeded to set it aside.

The management of Zoomlion Ghana Limited has noted with interest, the decision of the High Court in Accra-dismissing an appeal, initiated at the instance of the leading waste management firm challenging the validity of surcharges imposed on it by the Auditor General.

Though Zoomlion is yet to receive a certified true copy of the court’s decision, the court was categorical that no fraud was established.

The surcharges were applied following an audit of a contract executed by Zoomlion Ghana Limited for the Ministry of Health. Although Zoomlion has always maintained that the Auditor General’s position was ill-suited when measured against the actual circumstances of the contract, the High Court thought otherwise and decided against Zoomlion.

It is noteworthy that no reasons were immediately assigned by the Court for its ruling save to indicate that the facts will be captured in a detailed decision.

Much as Zoomlion welcomes the decision, it should be noted that the company is clothed with the right to seek a review of the High Court’s decision and will proceed to take steps it deems fit based on the counsel of its Lawyers upon studying the ruling.

Zoomlion wishes to reassure the public particularly its stakeholders that the Company’s commitment to transparency in its operations and regard for regulatory authorities and the law, as well as excellence in service delivery, remains firm.

It will be recalled that in January 2019, the Auditor-General served a surcharge and disallowance certificate on Zoomlion which the company disagreed with and appropriately appealed against it in the High Court in accordance with the law.