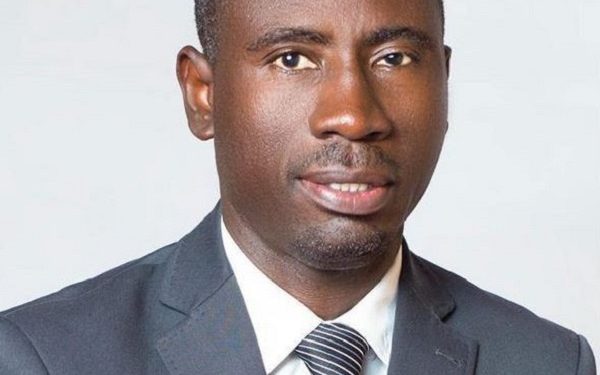 Parliamentary candidate for the National Democratic Congress (NDC) in Effutu, Dr. James Kofi Annan has been granted a self cognizance bail by the Winneba District Court in the Central Region.

A Ghanaian, Benjamin Ackah on March 18, 2020, lodged a complaint at the Winneba Police Command that, without his permission, an amount of GHS100, 000 had been transferred from his account into an account belonging to the NDC Parliamentary candidate.

Kofi Annan was arraigned before the Winneba District Court to answer to charges of stealing, abetment of crime and dishonestly receiving.

Subsequently, the Winneba Police Command headed by Chief Superintendent Samuel Aseidu Okanta indicated that the preliminary investigation they conducted turned out that the money was transferred to a bank account belonging to James Kofi Annan the NDC Parliamentary candidate.

“After several investigations, we found out that the bank account belonged to the NDC Parliamentary candidate James Kofi Annan,” the Police Commander said.

At the Winneba District Court, lawyer for the accused person, Edudzi Tamakloe prayed the court to grant his client bail. The court subsequently approved the request and granted James Kofi Annan a self cognizance bail.

“What I wanted was bail for my client and I got exactly that so we will prepare our defense and face them in court on April 21, 2020,” Edudzi Tamakloe said.

The case so far

Benjamin Ackah had lodged a complaint that monies belonging to him had been stolen from his bank account.

“We were here when an individual by the name Benjamin Ackah lodged a complaint of stealing and we did our preliminary investigation and it turned out that the money was indeed transferred to a bank account at Winneba. I don’t want to mention the name of the bank but it had the name of James Kofi Annan as the owner,” Superintendent Samuel Aseidu Okanta, the Winneba District Police Commander said.

According to the Police commander, they made several efforts to invite the NDC candidate to the Police station to answer questions related to the charges made by the individual adding that it took several days for him to show up.

“We were expecting that he will come and assist in investigation only to hear that he has had a press conference. So after the press conference, we waited for a while thinking that he will come to assist in investigation but he never showed up. So we moved to his radio station and then we had a copy of the press statement where he said so many things that are not known to the police so we reached him and asked him to come and assist in the investigation,” Superintendent Samuel Aseidu Okanta said.