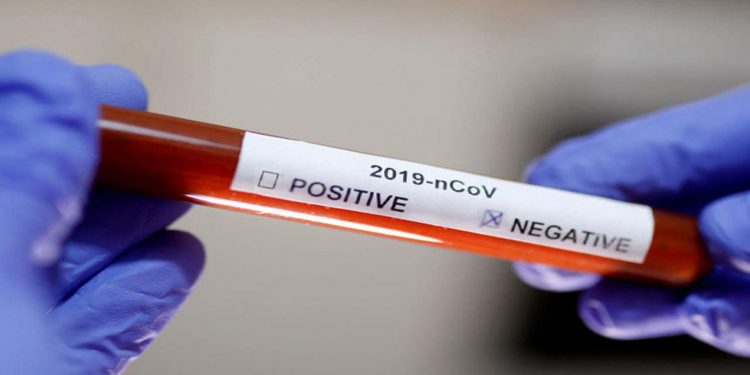 Test conducted on another suspected case of  COVID-19 in Ghana has proved negative.

The case involved a 21-year-old US national who showed signs of the disease upon arrival into the country some days ago and was detained at the Abura Dunkwa district hospital in the Central Region.

Samples of her blood were taken to the Noguchi Memorial Institute for Medical Research for testing which came out negative.

She has since been discharged.

Deputy Director for Public Health in the Central Region, Dr. Kwabena Sarpong who confirmed this to Citi News said the patient has not been quarantined.

“On the 9th of March, we had a suspected case. It was a 21-year old woman who arrived from the US and reported to the Abura- Dunkwa Hospital with fever and dry cough. That met the standard case definition we are using in our country and especially because she is coming from the US. So we took her samples, took them to Noguchi and it proved negative. At that time, she had spent 7 days in our country already. Once the test is negative, she is not under self-quarantine.”

As of Wednesday 11th March, 2020, officials in the country had recorded 57 suspected cases of the disease which have all proved negative.

This was announced by the President, Nana Akufo-Addo when he addressed the nation on Wednesday, 11th March, 2020, on the country’s preparedness for a possible hit of the disease within the country’s borders.

“Our country’s two main research institutions, the Noguchi Memorial Institute and the Kumasi Centre for Collaborative Research, which has the capacity to investigate and confirm or otherwise suspected cases of Coronavirus infections, have been very supportive in this regard. So far, they have found that the fifty-seven (57) suspected cases, as of Wednesday, 11th March, have proved negative,” he said.

The Minister for Finance, Ken Ofori-Atta has been directed to make available the cedi equivalent of US$100 million to enhance Ghana’s Coronavirus preparedness and response plan.

This amount, according to the President, “is to fund the expansion of infrastructure, purchase of materials and equipment, and public education”.

Citizens have been advised to desist from foreign travels as much as possible as the novel coronavirus assumes pandemic status.

This advice comes after the President temporarily suspended foreign travels for all government officials as part of the government’s measures to prevent an outbreak of the novel coronavirus in Ghana.

Akufo-Addo urged officials to make use of technology during the travel ban.