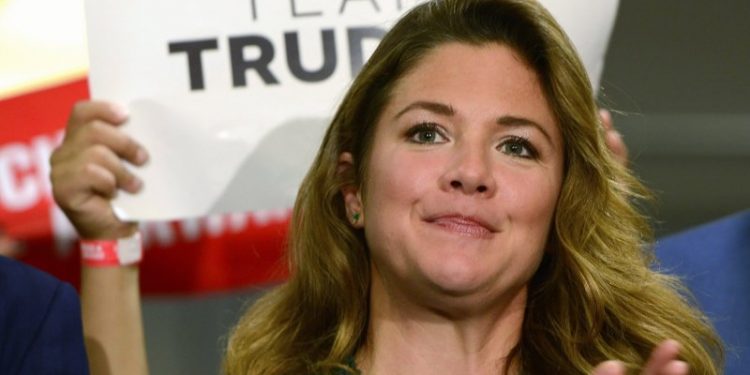 This is according to the BBC.

“She will remain in isolation for the time being. She is feeling well, is taking all the recommended precautions and her symptoms remain mild,” it read.

The couple is now self-isolating.

Mr Trudeau is in good health and has no symptoms, according to his office, but he will remain in isolation for 14 days.

There are no plans at present for Mr Trudeau to be tested for coronavirus.

“The prime minister will continue to fully assume his duties and will address Canadians tomorrow (Friday),” his office said.

There are currently approximately 103 confirmed cases of the coronavirus in Canada.

Ms Grégoire Trudeau began to show mild flu-like symptom including a low fever on late on Wednesday night after returning from London.

After she tested positive for Covid-19, she said: “Although I’m experiencing uncomfortable symptoms of the virus, I will be back on my feet soon.

“We will get through this situation together. Please share the facts and take your health seriously.”

However, those who have been in contact with the prime minister are deemed not to be at risk, as Mr Trudeau has shown no symptoms.

A number of politicians around the globe have been self-isolating in recent days after coming into possible contact with the virus, including five senior US Republicans and a Canadian cabinet minister.

Mr Trudeau was scheduled to hold meetings over the next two days in Ottawa with provincial premiers and First Nations leaders.

Those meetings have been postponed.

Mr Trudeau will now be speaking with those provincial counterparts over the phone, with the topic focusing on Canada’s response to the pandemic, said the prime minister’s office in a statement on Thursday morning.

Another federal party leader, the NDP’s Jagmeet Singh, said on Thursday he was also staying at home because he was feeling unwell, though doctors have told him that his symptoms are not consistent with the coronavirus.

“Their advice is for me to limit contact with the public until I am feeling better,” he said on Twitter.

What is the situation in Canada?
There are currently approximately 103 confirmed cases of the coronavirus in Canada, in the provinces of British Columbia, Ontario, Alberta, Quebec, and Manitoba. There has been one death linked to the disease.