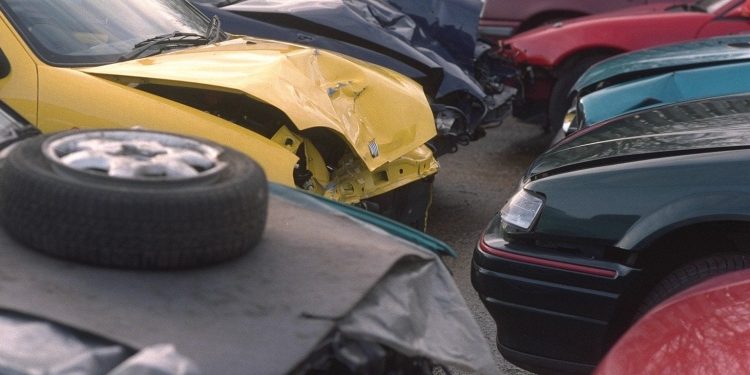 Members of the Auto Mobile dealers Association say they will be compelled to stage a demonstration if the government fails to address their concerns on the passage of the Customs Amendment Bill 2020.

Parliament on Thursday passed the bill that bans the importation of accident or salvaged motor vehicles into the country despite the association’s concerns that the move will lead to massive job losses in the automobile industry.

The association has on a number of occasions raised concerns over the ban, describing the government’s decision as unfortunate.

Government has however defended its plan paving way for Parliament to approve the Bill on March 12, 2020, after scrutinizing the document.

But, in an interview with Citi News, General Secretary of the Association, Clifford Ansu said, plans to hit the street have been necessitated due to the potential adverse effect the ban could have on their businesses.

This is not the first time the Automobile Dealers Union has threatened to demonstrate against the ban on the importation of some categories of salvaged and second-hand vehicles.

The group gave the hint but rescinded its decision and rather opted for dialogue with the government, but that did not yield any positive results.

Chairman of Parliament’s Finance Committee, Dr. Mark Assibey Yeboah, has asked Ghanaians to focus on the revenue generation that the Customs Amendment Bill will bring rather than the losses it will incur.

According to him, the benefits largely outweigh the losses as the amendment will boost the Ghana Automotive Manufacturing Programme which has so far attracted several car assembling plants into the country.

Dr. Assibey Yeboah said that though it will cost the Ghanaian economy an estimated revenue loss of GHS802 million over the next three years, the country will gain in the long term.

“You have looked at the loss side. But you have not looked at the revenue generation side. Volkswagen, Toyota, and four other automotive assembling plants seek to set up here in Ghana and they are going to create jobs. When they set up their base here, we are going to rake in taxes from them. At this point, we haven’t estimated anything. We are only looking at the revenue loss, but on the whole, we seek to gain,” he said.