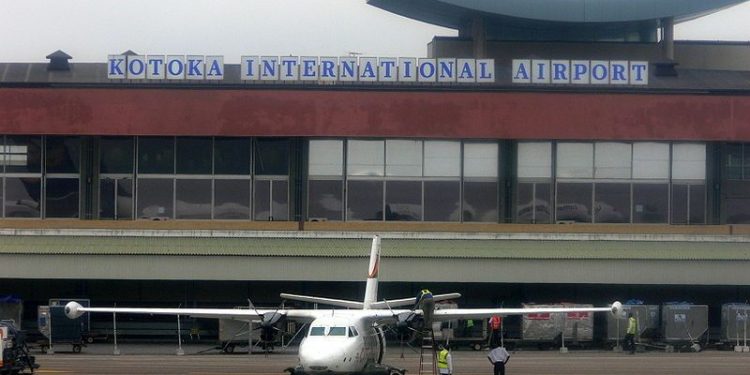 A total number of 31 foreign nationals were refused entry into Ghana as part of measures to curb a spread of COVID-19 in Ghana.

The Deputy Comptroller-General of the Ghana Immigration Service,  Laud Kwesi Affrifah made this known during a press briefing on Wednesday.

The press briefing was to update Ghanaians on the outbreak of the COVID-19 outbreak in the country.

Government directed airlines to stop bringing in travellers from countries that have recorded over 200 cases of coronavirus effective Tuesday, March 17, 2020.

“..On the 16th March, we refused two Italians entry. In fact, we did not allow them to disembark…Yesterday, 17th of March, 24 Chinese were refused entry and also one German was also denied entry with the kicking in of the travel ban at 1 pm,” Mr. Affrifah said.

“This morning [Wednesday], there was an incident in Abidjan. The airport was closed due to an issue with their tarmac so flights were being directed to Ghana. All those flights were refused entry and were sent back. One Ethiopian plane that landed without permission, the passengers were not allowed to disembark. It [the plane] was refuelled and asked to leave. There has been a drastic reduction in entries.”

“The travel ban is not only for the airlines but also being enforced at our land borders. We operate 45 land borders, the major ones being Aflao, Paga, Elubo and other Ghana posts. Yesterday, Aflao refused entry to a Nigerian who was travelling in the country from Nigeria. Our checks revealed that he had travelled from North Korea prior to coming to Nigeria so he was refused. Today, three foreigners have been refused at the Aflao border post. One German and two Australians. Lome operates virtually a visa-free regime so a lot of nationals can come through there so that is why Aflao and the other entry points are tight on controls so the German and two Australians who also fall within their 200 cases recorded in their country were also refused entry.” he said.

Mr. Takyi further noted that the directive is also being enforced at the country’s borders.

Ghana announced new travel protocols after an increase in imported COVID-19 cases in the country which currently stands at seven.

“Yesterday, Immigration Officials at the Aflao border refused entry to a Nigerian who was coming in from Nigeria. We had information that he had travelled to Russia and Korea before getting to Nigeria…So we stopped him. Today, three foreigners have been refused entry–one German, two Australians. Lome operates a visa-free entry…that is why we have tightened protocols over there,” he added.

Meanwhile, 381 people have been identified to have been exposed to the Coronavirus disease in the country.

This is according to the Head of Public Health of the Ghana Health Service, Dr. Badu Sarkodie.

He said all the contacts so far, are linked to one of the first six Coronavirus patients in Ghana.

He said contact-tracing results for the seventh patient has begun and figures will be announced soon.

Addressing a press conference on Wednesday, March 18, 2020 to provide an update on cases of Coronavirus confirmed in the country, Dr. Sarkodie said none of those who have been identified has shown signs of COVID-19.

“The contacts have risen to 381. None of the contacts have yet been confirmed as suspected case and all of them are being followed up and are doing well. This is the contacts for the first six cases that were detected… The single case that was seen yesterday which is the 7th one, the contract tracers have gone out and they are yet to come back to enable us to give their report so by close of today if the total number of contacts that are being followed would increase,” he said.