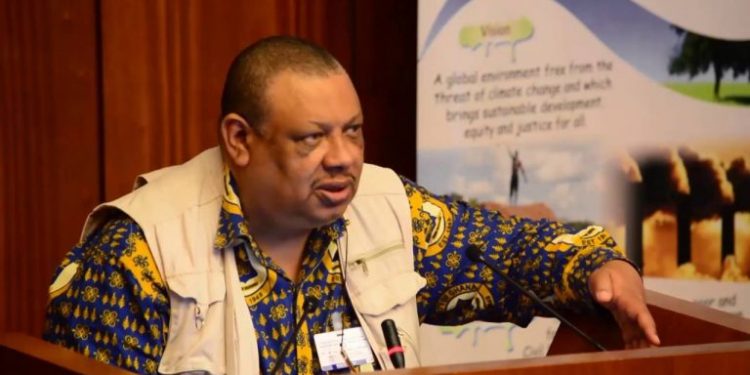 A Former Director of the Institute for Environment and Sanitation Studies at the University of Ghana, Prof Christopher Gordon has admonished the Ghanaian populace to be honest about people they might have come into contact as a measure to control the spread of the novel coronavirus.

The government, on Sunday, confirmed four more cases of the Covid-19, making it a total of six in the country.

According to the Director of Public Health at the Ghana Health Service, Dr. Badu Sarkodie, a total of 151 contacts have been traced to four out of the six cases, as at yesterday.

Commenting on this on the Citi Breakfast Show, Prof Gordon, who doubles as an Environmental Scientist, urged Ghanaians to come clean during the contact tracing process to make it easier and more effective to tackle the outbreak in the country.

“I always talk about people’s mindset. The tracing of people is very important if you’re going to stop this. Unfortunately, people tend to lie. They wouldn’t want to get someone in trouble, not knowing they are putting that person’s life at risk. So we need people to be upfront and honest and say exactly where they’ve been, who they’ve contacted or touched as soon as they are aware there’s a problem. So let us be alive. If we can contain the six cases and make sure that people say the truth about who they’ve had contact with, then I think everything will be controlled,” he said.

People must use their brains

President Akufo-Addo, in a national address on Sunday after the four new cases were confirmed, announced new public gathering advisories as part of efforts to stop the spread of the novel Coronavirus (COVID-19).

“All public gatherings, including conferences, workshops, funerals, festivals, political rallies, sporting events and religious activities, such as services in churches and mosques, have been suspended for the next four (4) weeks. Private burials are permitted, but with limited numbers, not exceeding twenty-five (25) in attendance,” he said.

According to the President, “All Universities, Senior High Schools, and basic schools, i.e. public and private schools, will be closed Monday, 16th March, 2020, till further notice.”

In as much as all these gatherings have been banned, businesses and other workplaces were exempted from this directive.

When asked whether the order was in the right direction, stressing on the number of people at markets, night clubs and some other business places that promote overcrowding, Prof Gordon said that Ghanaians must use their discretion in deciding on the places to be in ensuring their own safety.

He responded, “As human beings with brains, let us apply those brains to interpret what the President has said. Because if you look at public transports, the way these ‘trotros’ are packed, you should ask yourself if you really need to go to this place because it’s not just about being in crowded places because but how you get to the place as well. So let us use our reason and the evidence that we have and think through the things that we do in our normal days.”

The Environmental Scientist further stated that there is no need for Ghanaians to panic but rather observe the safety measures that have been announced by health professionals.

According to him, the number of cases reported in Ghana with the contacts made so far doesn’t warrant the kind of fear being preached all around.

After the government’s announcement of six confirmed Coronavirus cases, products like sanitizers, nose masks and tissue has seen hiked prices because of the rush for them.

But Prof Gordon called on everyone to remain calm and observe the safety measures announced by health professionals which includes washing of hands and the use of sanitizers.

Prof Agyeman Badu Akosa writes: COVID-19; We must be prepared at all times as a country

Prof Agyeman Badu Akosa writes: COVID-19; We must be prepared at all times as a country