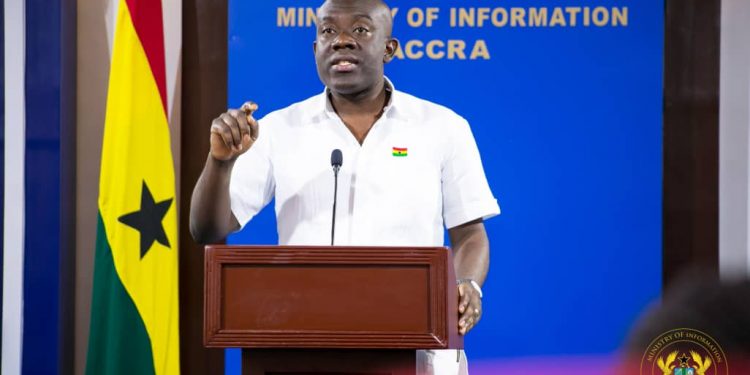 The Minister for Information, Kojo Oppong Nkrumah says the government is “very near” to the point of taking a decision on whether or not to declare a lockdown or any form of restriction of movement in the country in the wake of the COVID-19 outbreak.

The Minister in an interview on the Citi Breakfast Show said once the decision is taken, it will be clear what model Ghana will adopt to deal with the disease.

“We are very near a decision point and I am very sure that once that one is concluded, we will now have clarity on the path we are going,” he said.

Oppong Nkrumah said the government is being meticulous with the process and looking at various options in the face of available data to determine which one will be in the best interest of the country.

“We are close to a decision point on the best model, and the optimal thing to do. So, that is not out of panic or emotion but it is directed by the science and data as we’ve done so far in guiding us to this point,” he said.

He explained that although the President now has the legal backing to impose restrictions aimed at tackling the spread of COVID-19, such a decision will not be taken without any planned state action geared towards arresting the situation.

“We are considering more strict limitations of movement… The new Imposition of Restrictions bill we have now, gives the President power to narrow in and limit restrictions, but not restrictions for restrictions’ sake, but one that will allow us to do some more specific things like aggressive testing which will yield result,” he said.

The rising cases of Coronavirus in the country have heightened calls for Ghana to declare a lockdown in order to stop the spread.

Kojo Oppong Nkrumah has already indicated that various options including a lockdown are being considered by the government as a next step in tackling the outbreak.

President Nana Akufo-Addo in response to such calls said although a lockdown decision remains an option, extensive consultations will be made to ensure that any decision the government takes, will be in the right direction.

This leaves the total number of active cases at 132.

Alex Mould writes on COVID-19: Government needs $1b to put economy in a holding pattern

Alex Mould writes on COVID-19: Government needs $1b to put economy in a holding pattern