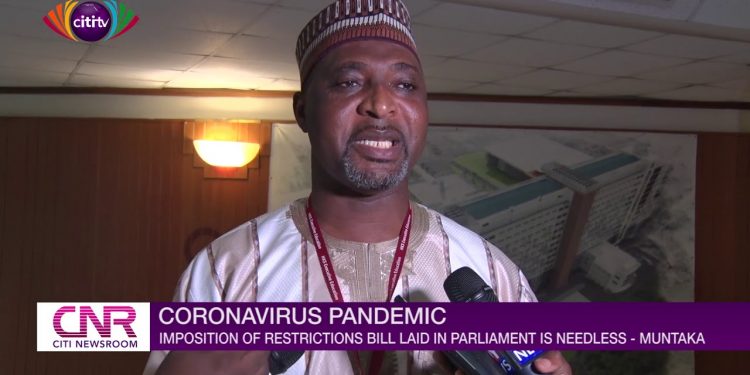 The Minority side in Parliament wants parliamentary sittings suspended in the wake of the coronavirus.

Eight Members of Parliament were on Monday told to self-quarantine after embarking on recent trips abroad.

This brings to ten the total number of MPs who have been asked to isolate themselves.

Speaking on Eyewitness News, the Member of Parliament for the Asawase constituency, Alhaji Muntaka Mubarak indicated that the Minority had sent a memorandum to the Speaker of Parliament on Friday, March 20 among other things calling for the suspension of the House.

According to him, he was surprised that Speaker said he has not received the memorandum yet.

“I hope that by now the Speaker should have received it because I am aware that it was sent to his office on Friday. We are proposing a number of things including that the House suspends sittings because from how things are going, if you listen to other parliaments around the world and how the thing is escalating, one of our views is that why not rather look at what businesses are of urgent need so that they can be attended to then you can suspend the House.”

“When we say suspend, that means we will not be rising. We will only not be meeting regularly but rather we will put the matters together and find a day where we will come and deal with them in bulk,” he said.

The Minority Chief Whip also argued that instead of waiting for an MP or staff of the House to be tested positive which will lead to the closure of the entire House, the House should rather be suspended now.

The leadership of Parliament is engaging the relevant authorities regarding a possible relocation of its business to the Accra International Conference Centre.

This is to ensure that the House has enough room to practice the protocols associated with social distancing in a bid to deal with the spread of the novel Coronavirus pandemic.

Already, the House has stepped up internal measures to prevent the spread of COVID-19.

Addressing Members on Monday, the Speaker of Parliament, Prof. Mike Oquaye announced interim sitting measures in the House in a bid to practice social distancing.

“For the time being, we will want to leave one seat in between every two members so that you sit in a way that will be healthy for us and also we will be showing a good example…Meanwhile, we are in the process of making all relevant arrangements if we can relocate temporarily to the Conference Centre…And maybe these things will make people realize that Ghana is in need of more spacious space. In future, all these will be considered. As much as possible, leave one seat in between,” he said.

Kwame Mfodwo writes: Preparing for a Lockdown; some useful suggestions for Ghana 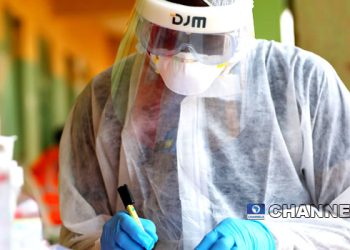