COVID-19: Persons who entered Ghana from March 3 to be traced, tested 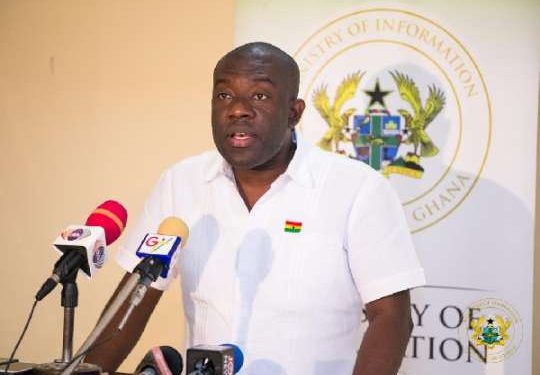 President Nana Addo Dankwa Akufo-Addo has directed the mandatory tracing and testing for coronavirus, of all persons who arrived in the country from March 3, 2020.

This is part of enhanced measures to track the real number of persons who have contracted the infection in a bid to prevent further spread.

About 1,030 passengers were mandatorily quarantined after they arrived in the country last weekend before the country’s borders were shut.

So far 78 persons from that group have tested positive for the virus.

Speaking to Citi News, the Minister for Information, Kojo Oppong Nkrumah explained that the Immigration Service and Communications Ministry are leading the charge in carrying out the President’s directive.

“…Initially, we were looking to start around the 15th [March] but the President has asked us to go back as far as the 3rd [of March],” he said.

Oppong Nkrumah explained that the Immigration Service has in its database, information about persons who entered the country within the period in question.

“The Ghana Immigration Service, working with the Ministry of Communication, and their agencies have a whole database of all those who came in,” he said.

As part of plans to curb the spread of the COVID-19 pandemic, the government had initially barred individuals without residency permits from entering the country, however, on Sunday, March 21, 2020, President Akufo-Addo announced a mandatory quarantine of all travellers arriving in Ghana, regardless of nationality.

The President also announced the closure of the country’s border effective midnight on March 21.

“All our borders; by land, sea and air, will be closed to human traffic for the next two weeks beginning midnight on Sunday,” he added in the address.

Thus, passengers were quarantined in hotels immediately they touched down at the airport.

Ghana’s coronavirus case count currently stands at 132 with three deaths and a single recovery so far.