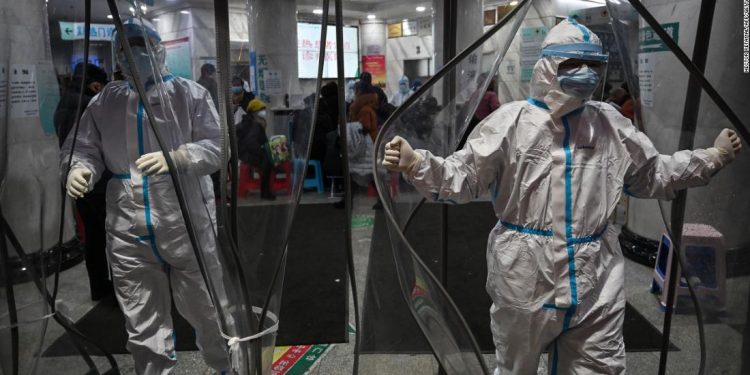 The number of confirmed cases of Covid-19 in South Africa has risen to 402.

Of the cases, 207 are in Gauteng province, followed by Western Cape with 100 cases.

The virus has now spread to all nine provinces, he announced.

“Fellow South Africans, as of today, South Africa has 402 confirmed cases of Covid-19,” said Mkhize. “This means there has been an increase of 128 from [Sunday’s] announcement,” he said.

The country’s President, Cyril Ramaphosa is also expected to address the country later tonight on efforts being put in place to mitigate the spread of the virus.

The statement from the country’s health minister also disclosed that contact-tracing for the newly confirmed cases commences immediately. 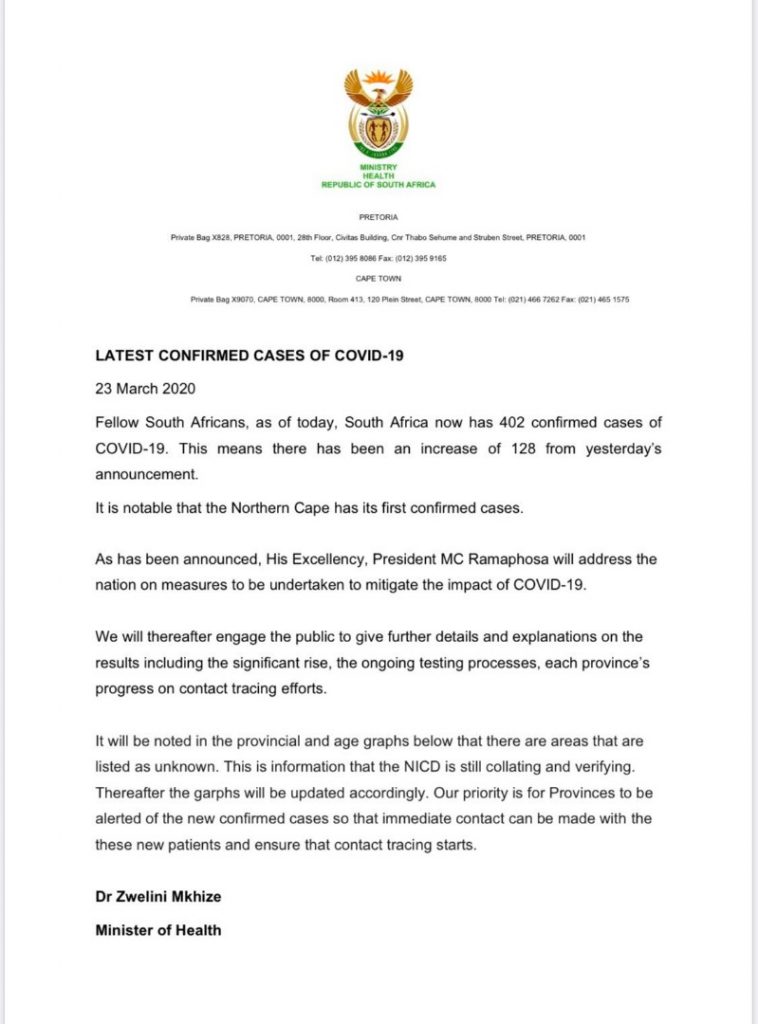 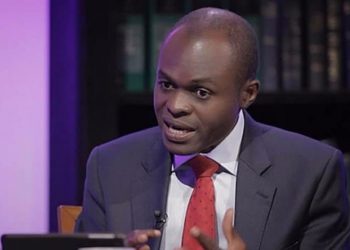 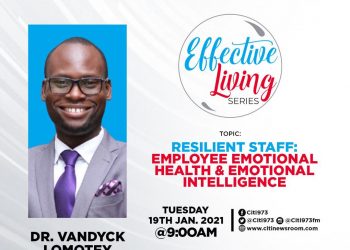 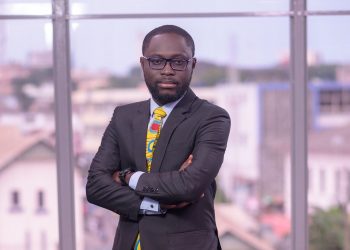