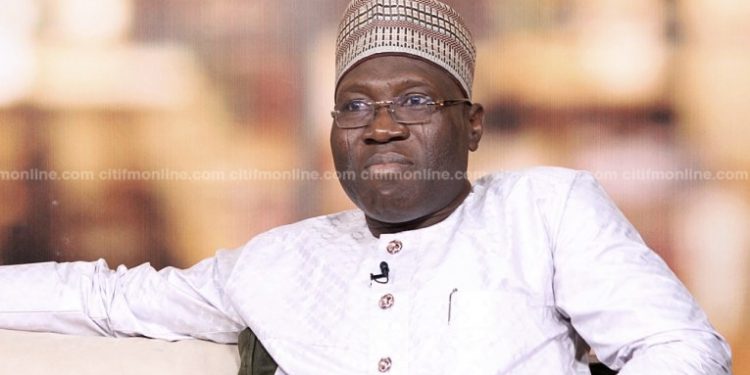 The Ranking Member on Parliament’s Constitutional, Legal and Parliamentary Affairs, Inusah Fuseini, is advocating for the scrapping of the elaborate ceremonies that characterize the nation’s Independence Day celebrations.

He argues that the cost associated with such activities could be rather channeled to other important sectors of the economy aimed at improving the lives of the citizenry.

Speaking to Citi News, the Tamale Central MP described the celebrations as one that does not offer any benefit to the country in present times.

“Sixty-three years should be enough for us to mark the celebration with a day without celebrating it. We are old enough to let go of the celebrations. So on an Independence day, we only mark it. The President can come to the House [Parliament] to talk to us or do something. This country is going through a lot of challenges.”

“Two days ago, I saw them moving all the fuel tanks, the bazookas, and the military hardware to Kumasi. They had rented long vehicles to do that. [Look at] the cost involved. The cost of even getting people at one location to celebrate the day. The cost of even moving the President from Accra to Kumasi. Even if it’s going to be celebrated in Accra, the cost of assembling people.”

“I think that it is time for us to begin to prioritize to use the money for other equally important activities which impact the lives of the people. I just think that we are wasting too much money on funfair, while our people are languishing in poverty. And the funfair brings nothing. The celebrations that we are having today is just to satisfy our ego that we were independent on the 6th March, 1957 and it brings nothing,” he remarked.

Rotational venues must be legalized

In contrast to these comments, a local governance analyst, Dr. Eric Oduro Osae, is calling for a legislative instrument to back the rotational celebration of the Independence Day national parade.

Dr. Oduro Osae is of the view that such a decision should not be left only to the President or government officials.

He said the country had over-concentrated the celebration in the national capital to the disadvantage of other citizens living in the countryside, saying; “Ghana is not only Accra. Therefore, in line with the principles of decentralization enshrined in Chapter 20 of the 1992 Constitution, it’s reasonable and fair to rotate the celebration.”

The NPP under administration under President Akufo-Addo started rotating the venue from last year, after it held it in Tamale, and now Kumasi.