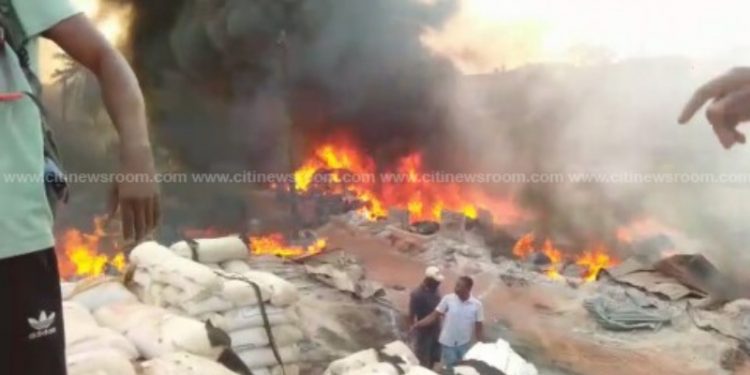 A fire has ravaged the Techiman central market in the Bono East Region destroying shops belonging to traders.

The fire incident, which lasted for about four hours, occurred on Saturday, February 29.

The Bono East Regional Fire Commander, DO1 George Annim Frimpong, in a Citi News’ interview said his outfit was alerted of the fire around 3:15 PM. 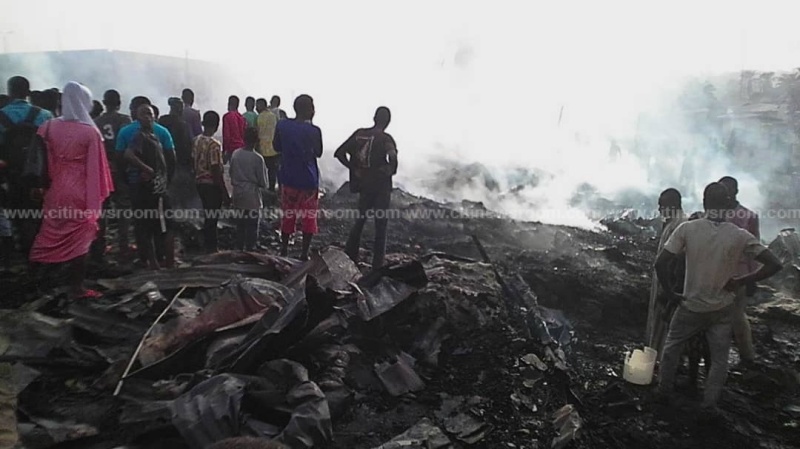 Fire personal in Techiman required the help of fire tenders neighbouring Municipalities to bring the fire under control.

“I came here [to the scene of the fire] from home and I realised that they alone cannot [fight the fire] so I then invited Kintampo fire station and Nkoranza fire station to also join.”

“So those at Tuobodom after they were done [fighting their fire of their own], they also joined. So, in fact, we were having three fire tenders here on the grounds and the fire was also spreading so it was a tough task. However due to one or two technicalities, we were able to bring the fire under control,” he recounted. 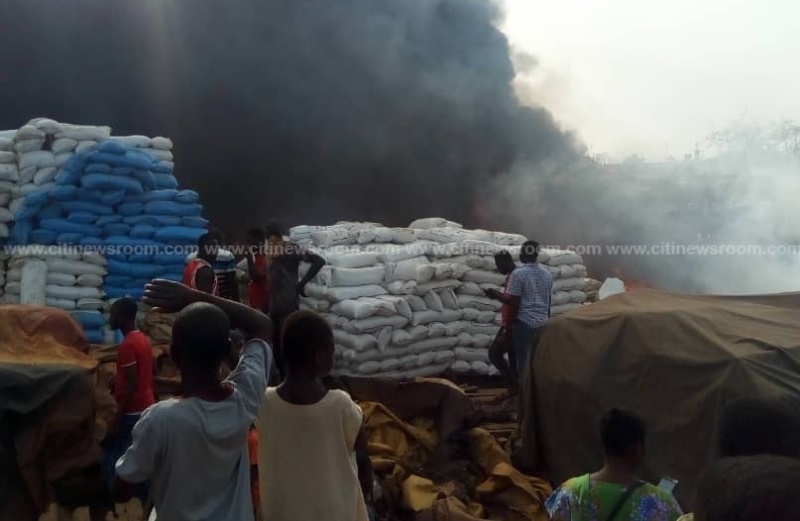 Investigations are yet to conducted by the service to ascertain the cause of the fire. The extent of damage is also not yet known.

In the same Bono Region, some residents at the Mensahkrom in the Wenchi Municipality were rendered homeless after some 15 houses were gutted by fire.

The cause of that fire is also not yet known.

It was selfish for politicians to grab GETFund scholarships – Dep. Health Minister

It was selfish for politicians to grab GETFund scholarships - Dep. Health Minister