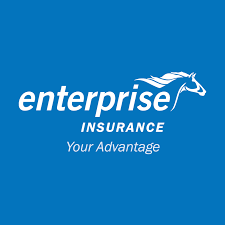 The upgrade of EIC’s rating is a reflection of consistent good corporate governance practices and sustained strength in underwriting capabilities. This has led to an improvement in capitalization as well as fulfilling our claim payment obligations quickly due to high liquidity. These attributes and more qualifies Enterprise Insurance to have been rated higher than the previous years and among its peers in the General Insurance industry.

GCR traces its origins back to 1996 when it was established as the African arm of the New York Stock Exchange-listed Duff & Phelps.

In South Africa, GCR is registered as a Credit Rating Services Provider by the Financial Services Conduct Authority. GCR is also recognized as an eligible External Credit Assessment Institution (ECAI) by the South African Reserve Bank. GCR is a founding member of Europe based ARC Ratings, which is registered with the European Securities and Markets Authority.

For the past 12 years, Enterprise Insurance has been independently rated by the Global Credit Rating (GCR) Agency of South Africa with the latest rating being an upgrade to the AA- category. This means that we have a “very high claims-paying ability”. For our clients, this simply means we have the financial strength and ability to ensure that all valid claims are promptly settled.

Our Same Day Claim Payment service which was instituted in 2018 is a testimony of EIC’s strength in claims payment. Since its establishment, thousands of customers who lodged their minor motor claims have been paid within an average waiting time of 45 minutes on the very same day.

EIC’s performance has been seen and recognized by various reputable institutions and awarded accordingly. Recent awards and recognitions in 2019 include the following:

Enterprise Insurance is a leading Insurer in Fire, Marine, Motor and General Accident.

Government to meet AGI today over economic impact of Coronavirus