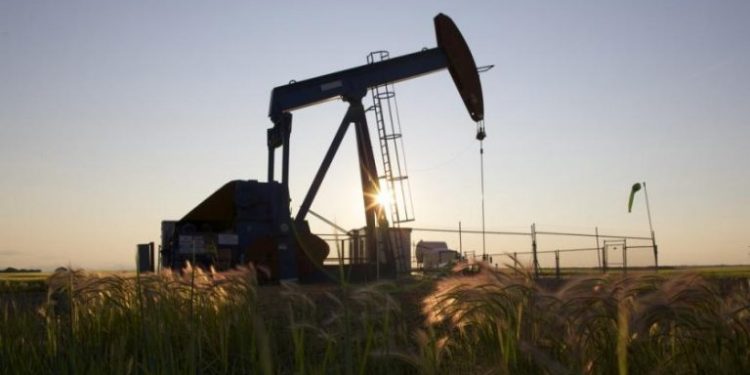 The Institute of Energy Security (IES) has predicted that the government’s revenue from oil exports for this year is likely to drop by half due to the continuous drop in global oil prices.

The Executive Director of the IES, Paa Kwesi Anamuah Sakyi explained that the move is due to the fact that Ghana exports oil from the three production fields, albeit relatively lower compared to other oil-producing and exporting countries.

A price war between Saudi Arabia and Russia has caused oil prices to drop to the lowest levels of about US$28 per barrel as at Monday dawn.

Currently, oil revenue accounts for about seven percent of the government’s total revenue.

Mr. Anamuah Sakyi in an interview on the Citi Breakfast Show said that the reduced production levels by Tullow Oil coupled with the decline in global oil prices will cause the government’s projected revenue to dwindle.

“…The government’s projected revenue was around US$58.66 per barrel. [What it means is that if] the prices of oil stay around the region of US$30 per barrel till the end of the year, then there’ll be a squeeze in the revenue of the government. Government expected to get some petroleum receipt of about US$1.2 billion for this year.”

“But if prices should stay around the $30 mark, then the government is less likely to get half of the revenue that it projected. Already, we’ve seen Tullow cut back it’s production. So aside the international fall in crude oil price that we have to match with in selling our own bit of oil that we get as a country, production is also falling in our own shores,” he said.

The institute further added that despite the fall in prices of crude, Ghanaians should not expect a substantial reduction at the pumps.

“I’m not sure we’ll see fuel prices fall at the pump any time soon. In the worst-case scenario, it’s going to stay the same or we’ll see a marginal reduction but not a substantial one to match with the international fall in the price of both crude and fuel prices.”

Saudi Arabia, the world’s biggest oil exporter, is attempting to punish Russia, the world’s second-largest producer, for balking on Friday at production cuts proposed by the Organization of the Petroleum Exporting Countries (OPEC).

Due to this, Saudi Arabia started a price war with Russia by slashing its selling prices and pledging to unleash its pent-up supply onto a market reeling from falling demand because of the coronavirus outbreak, leading to the lowest drop in oil prices since 1991.

Meanwhile, the Chamber of Petroleum Consumers (COPEC) wants Oil Marketing Companies (OMCs) in the country to reduce their ex-pump prices for consumers to reflect the sustained decline in the global crude oil prices.

According to COPEC, consumers could be benefitting from a reduction of between 10 percent and 32 percent compared to the two percent that consumers have been given over the past few weeks.

Portions of a statement from COPEC which cited the nearly 30 percent decline in the global oil prices said, “It is our expectation in the coming few days that the various Oil Marketing Companies and the BDCs will ensure the Ghanaian is given nothing but the full benefit of these sustained reductions in fuel prices on the international markets.”

Livingfields AgriChallenge to premiere on Citi TV on March 12