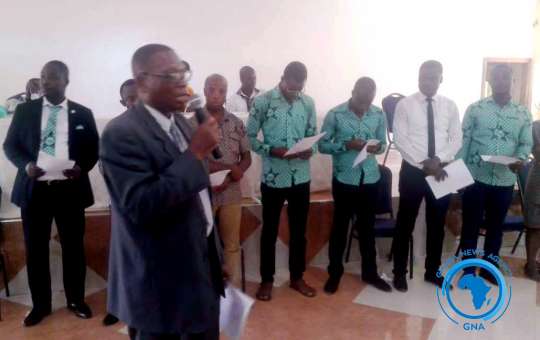 The Association sought for the help of officials from the Electoral Commission, in the conduct of the elections to
ensure a smooth, free and fair process.

Electorates were made up of 10 delegates each from the 15 administrative districts under the GAR-GRNMA, but four out of the nine candidates made up of the Regional Chairman, First Vice-Chairman, Second Vice-Chairman and the Regional Treasurer were unopposed, but had to obtain a 50 plus one of the total ballots cast on them on the Yes or No ballot.

They were later sworn-in by the Association’s Lawyer Patrick Seddoh, a Commissioner with the Labour Commission.

The Regional Chairman thanked all who contributed to the success of the event and urged the entre membership to work as a team to make the Association an envy of the Region.