I’m being persecuted for ‘speaking my mind’ – ACP Agordzo 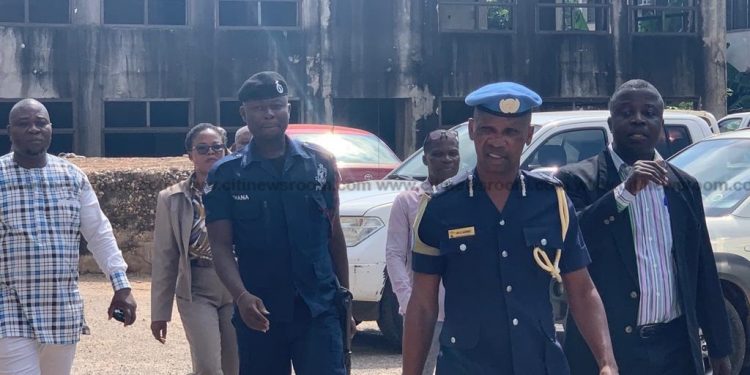 Assistant Commissioner of Police (ACP) Dr. Benjamin Agordzo, a top police official being prosecuted for his alleged role in the destabilization plot has once again insisted that he is innocent of the charges proffered against him.

He told the Kaneshie District Court on Tuesday, March 3, 2020, that he is being prosecuted for “speaking his mind” on a Whatsapp group.

ACP Agordzo said he made a candid opinion on the dangers of political vigilantism in the Whatsapp group known as Take Action Ghana (TAG), which was widely shared.

The top police official said he gave the opinion prior to the Awayaso West Wuogon by-election violence.

During the final committal process on Tuesday, Dr. Agordzo told the court that he only acted as a citizen and not a spectator.

He insisted that his comments were situated within the context of happenings in the country.

He told the court that he was surprised that despite the abundance of evidence about his innocence on the TAG WhatsApp platform, the prosecution has charged him with abetment.

ACP Dr. Benjamin Agordzo was on several occasions denied bail by the High Court after his arrest over his alleged involvement and contribution to the Take Action Ghana group which the State claims had devised a detailed plot to destabilize the county.

He was charged with abetment to commit crime namely treason felony and was on remand in police custody.

ACP Agordzo in court also accused some police officials of wanting to humiliate him.

He said the decision to make officers of a lower rank to investigate and prosecute him is only meant to frustrate him.

According to ACP Agordzo, since the inception of the case, he has raised issues with the treatment but nothing has been done about it.

ACP Agordzo told the court that the attention of the then Director-General of the Criminal Investigations Department (CID), COP Maame Yaa Tiwaa Addo Danquah who had jurisdiction of the case was drawn to the matter by the Inspector General of Police but she refused to make the correction.