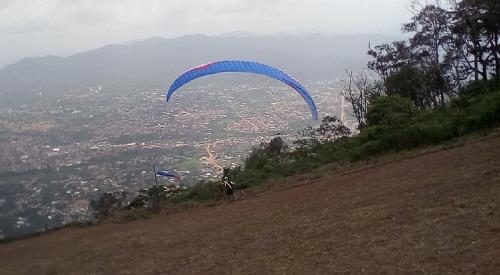 The Kwahu Traditional Council has called off Kwahu Easter celebrations as a result of the novel coronavirus pandemic.

A number of activities usually held annually as part of the Easter celebrations have been suspended following the president’s directive on the pandemic.

In the president’s address last night, Sunday, March 15, 2020, he declared that public gatherings, including conferences, workshops, funerals, festivals, political rallies, sporting events and religious activities, such as services in churches and mosques, have been suspended for the next four weeks.

A press statement from the Kwahu Traditional Council has been released to that effect spelling out a number of activities that are affected by the ban.

According to the release dated 16th March 2020, the only reason one should visit any of the palaces should be for circumstances beyond their control.

It says all engagements by Nananom within the Kwahu Traditional Council are cancelled adding that Akwasidae should be celebrated with minimal contacts and restricted to indoor traditional ceremonies.

The statement also urges market women to take necessary precautionary measures, chiefs are to limit travelling and the media in Kwahu is also cautioned against causing fear and panic in their reportage. 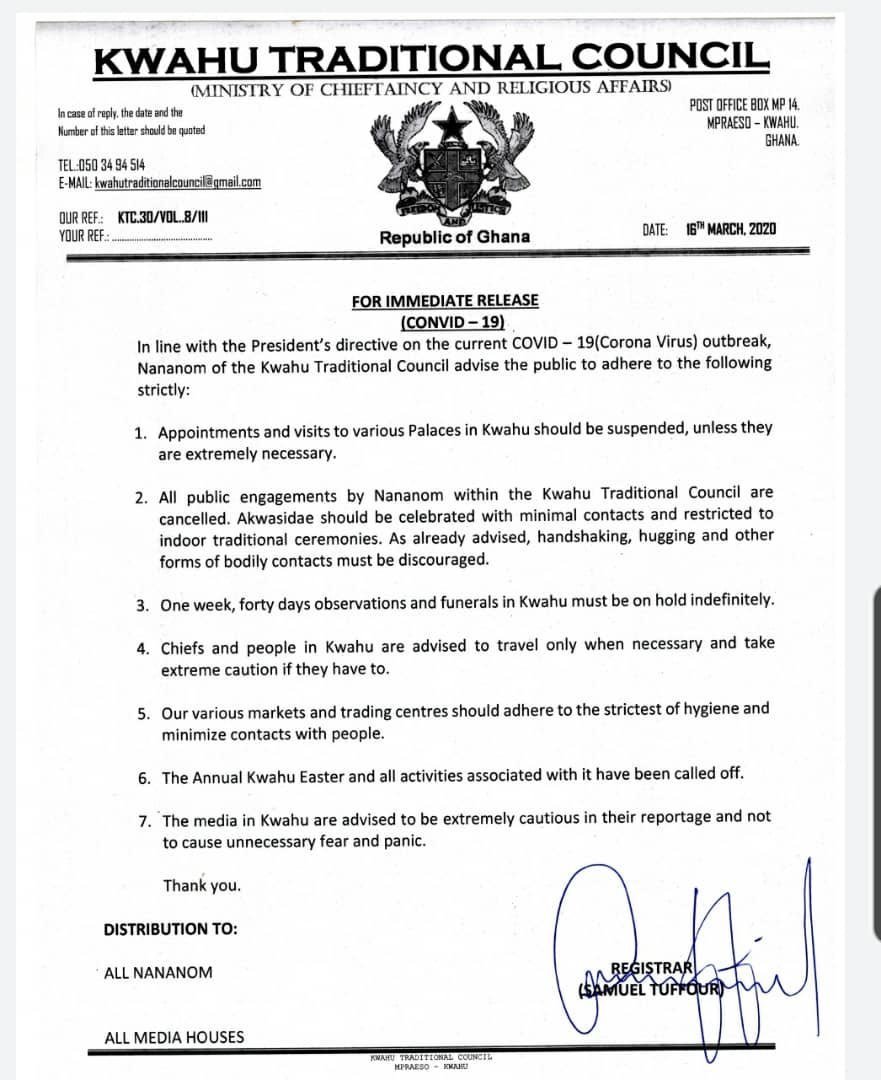