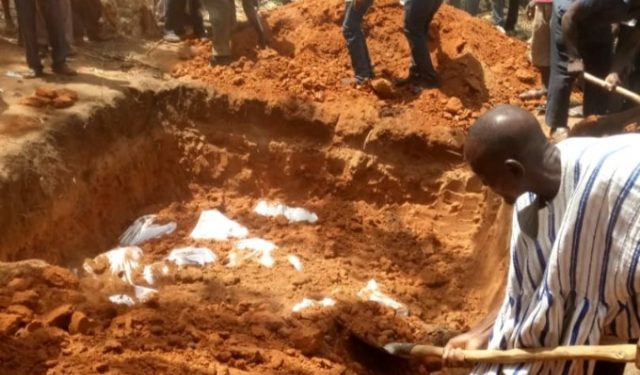 The Ghana Police Hospital has announced that it will soon organise a mass burial service for 120 unidentified and unclaimed bodies.

According to them, this forms part of “routine measures to decongest the hospital mortuary”.

Giving reasons for the exercise, the Police said: “these unidentified and unclaimed bodies are made up of mostly paupers, unknown former patients, abandoned bodies, and unidentified accident and crime victims”.

The Police have thereby given the general public 21 days to “contact the Pathology Department of the Police Hospital for identification of the persons who might have not been seen for some time”. 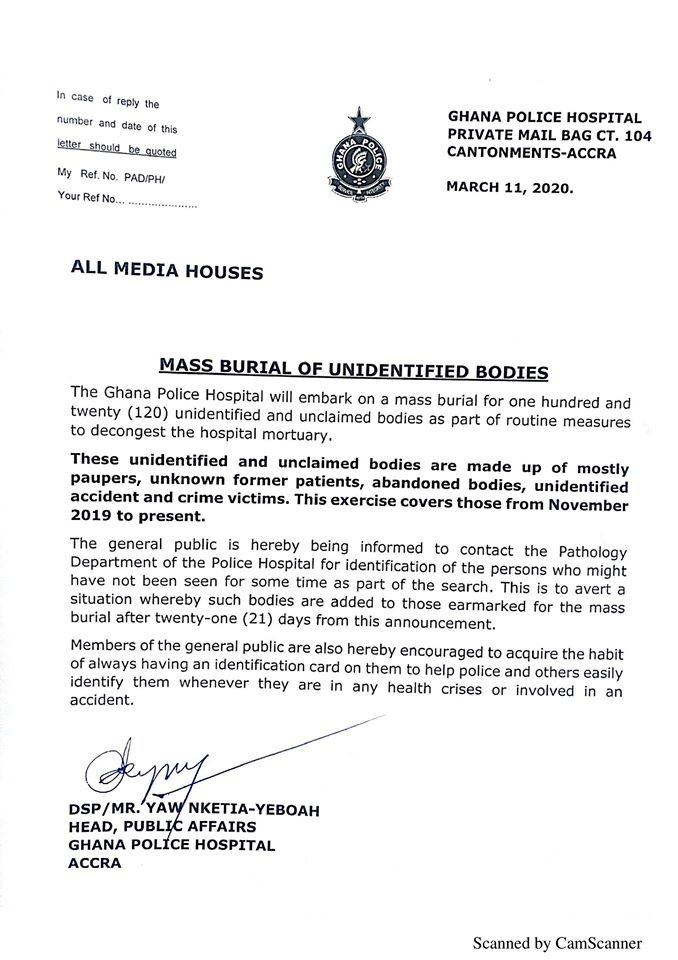 Some of the deceased were burnt beyond recognition as a result of a fire outbreak which emanated from the crash.

On the back of this, the Kintampo Municipal Assembly said it will consider a mass burial of victims of the recent motor crash if no family member comes to identify their bodies.