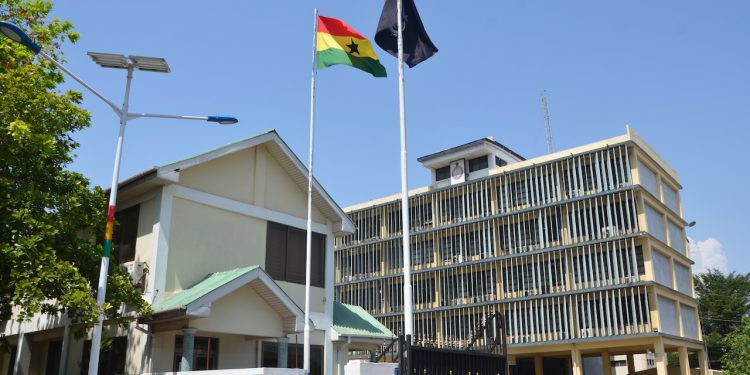 Headquarters of the Ghana Police Service in Accra

As part of efforts to limit the spread of the novel coronavirus in the country, the Ghana Police Service has issued some contingency measures for strict compliance by its members.

In a statement, the leadership of the Ghana Police Service said “recruits training activities have been suspended.  Recruits other than the final/passing out squad have been released to go home until further directives.”

The Service also said cells would be regularly disinfected.

“As much as practicable, persons who have been remanded to police custody and those who have committed felonious offences shall be kept in police cells. Fresh suspects would be screened before they are placed in police custody,” the statement added.

The Police Service in the statement, signed by its Director of Public Affairs, Shiella Kessie Abayie-Buckman, also noted that specific in-house briefings and arrangements have also been made for frontline officers and those who perform specific duties under circumstances which are likely to expose them to COVID-19. 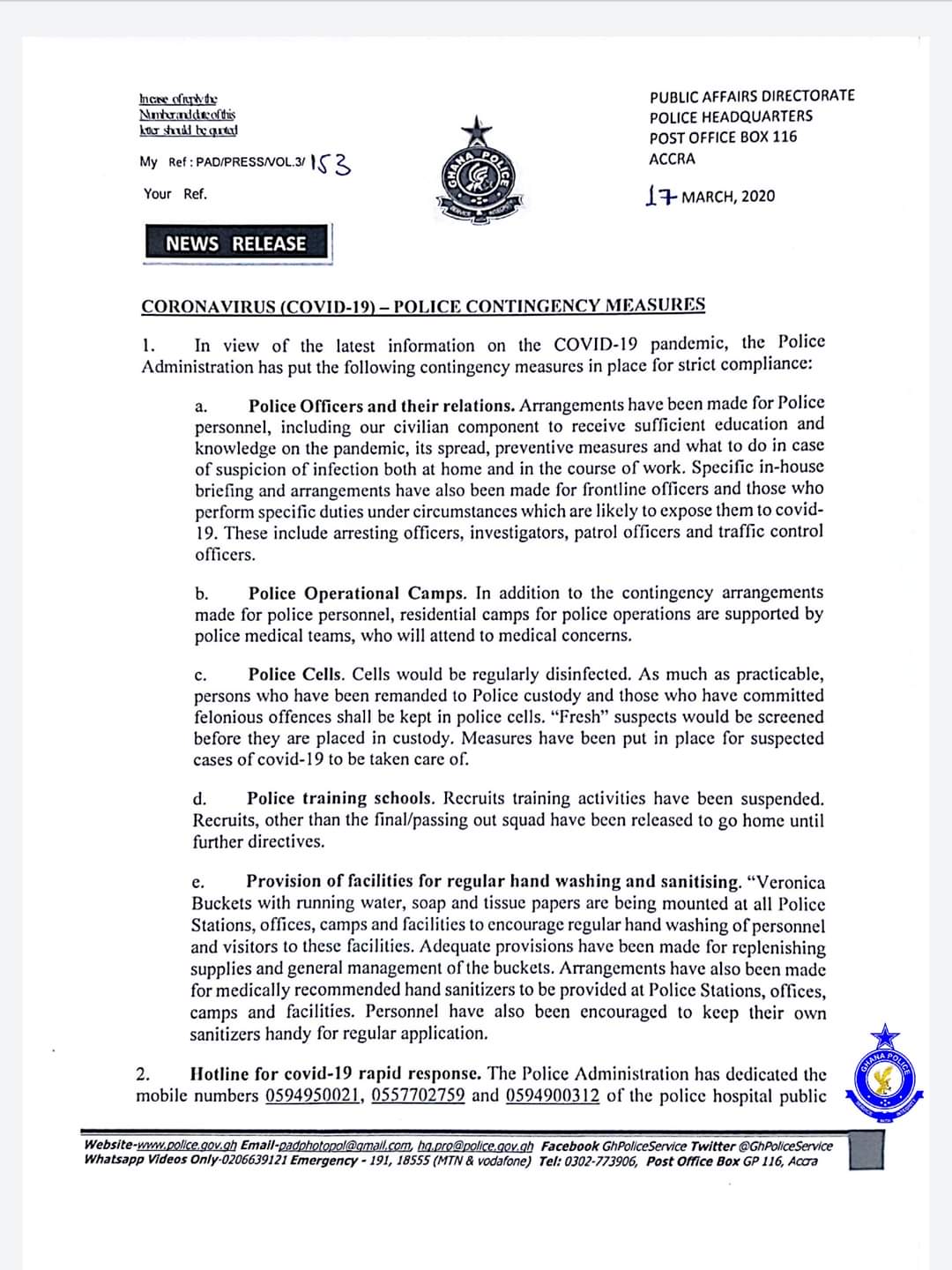 “In addition to the contingency arrangements made for police personnel, residential camps for police operations are to be supported by police medical team, who will attend to medical concerns.”

Arrangements have also been made to provide police personnel including their civilian staff with sufficient education and knowledge “on the pandemic, preventive measures and what to do in case of suspicion of infection both at home and in course of work.” 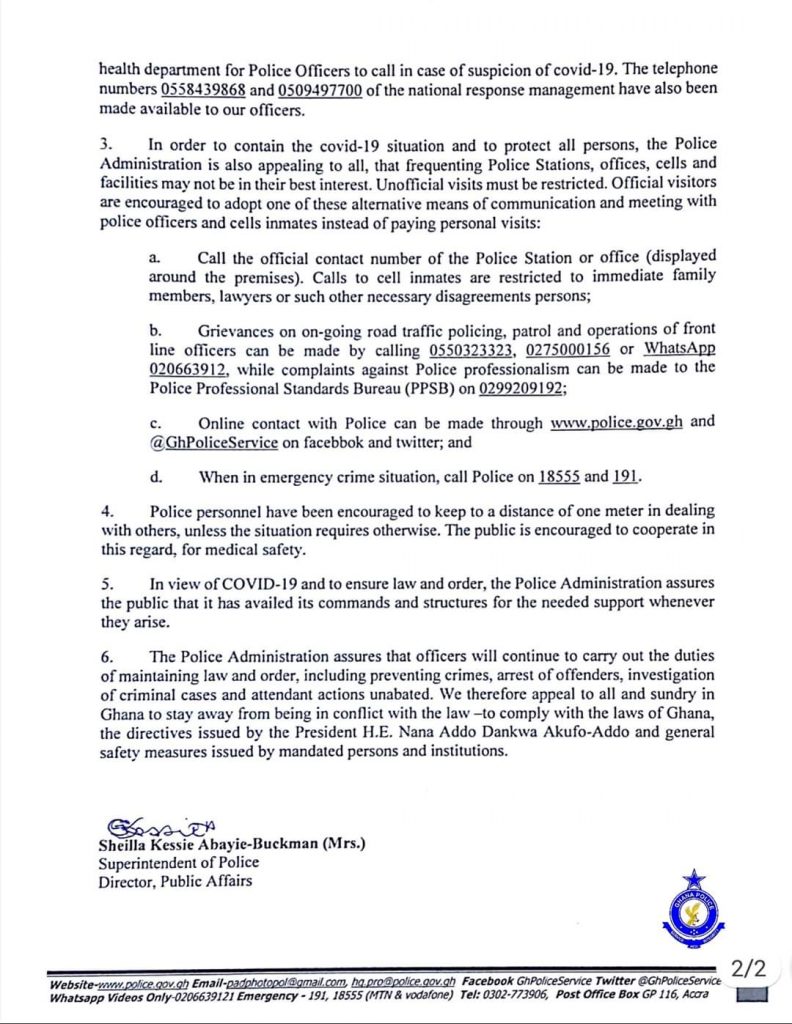 Arrangements have also been made to provide police personnel including their civilian staff with sufficient education and knowledge on the pandemic, preventive measures and what to do in case of suspicion of infection both at home and in course of work.

Update of coronavirus in Ghana

The Ghana Health Service, on Tuesday, March 17, confirmed one new case of Coronavirus in the country.

The case was reported in the Greater Accra Region and brings to 7, the total number of confirmed cases of Coronavirus in Ghana.

A tweet from the Ghana Health Service said, “This afternoon (17 March 2020), we have received report from NMIMR that indicated one (1) more confirmed case as positive for COVID-19 in Greater Accra Region.”

The patient is a 35-year-old male and a Ghanaian citizen who returned to Accra from France within the past 14 days.

Government had suspended public gathering and religious activities in a bid to curb the spread of the virus.

Schools have also be shut down in response to the directive by President Nana Akufo-Addo.