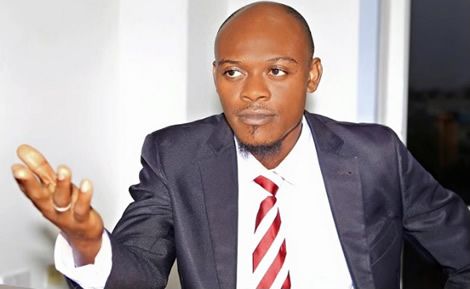 When the King in the play “Hamlet”, enquired about the whereabouts of Polonius, Hamlet answered and said “At Supper! Not where He eats, but where He’ s eaten.”

In Ghana, the issues don’t matter. We all belong to one side or the other. It is either you eat or get eaten. When you see Ghanaians fighting on an issue over and over again, just get closer, you are likely to find a procurement chop matter there. I’ve been following Imani Ghana on the matter regarding new voters register and they are not sincere to the facts at all. What at all is their interest? Is their interest for their paymasters or for mother Ghana? I asked this because of how they continue to jumble matters covertly and overtly rendering institutions of state useless.

We witnessed their skewed posture in a bid to poopoo the Kelni/GVG contract by the Ministry of Communication to unify activities of the telecom industry on the “Common Platform for Telecom Revenue Assurance and Regulatory Oversight”. This all-knowing group came hard on the government to the extent of matching to the law court only to backtrack due to the impotence of their case. They withdrew the case in court without recourse to their local collaborators under very bizarre circumstances.

Currently, the government is working on implementing the UNIPASS agreement, a new port clearing system that processes documents and payment through one window. The program is expected to help the government raise more revenue and as well as leak the loopholes at the port. But Imani Africa says NO!

Unlike the Progressive Nationalist Forum (PNF), I won’t accuse Imani Africa of bribery. I won’t go there!

My concern is that the state was simply embarking on an initiative to raise more revenue while regulating activities of the telecom industry. Only God knows why Imani is against that! I don’t understand it. Is it that they are sheepishly blinded by their loyalty to their partners outside against the state? Someone must start checking some of these so-called CSOs. Eish.

The topical subject under review currently is the electoral commission of Ghana and the new voters register saga. It is clear the NDC is playing politics with the matter. But what’s in it for Imani? The Electoral Commission is the legally mandated institution to, among other things, review our voters’ register.

And they have diligently stated reasons for a new register to include: Expiration of contract with STL, EC’s inability to manage the BVMS, the equipment’s Hard/Soft wares are at “END OF LIFE” or end of Support, Poor data capture, hence poor biometric templates storage, as a result, it can’t be used for the upcoming general elections. Not forgetting the high cost of maintenance vis-a-vis a new voter register.

This for me should suffice for every reasonable Ghanaian to go along with the Electoral Commission and hold them responsible if something untoward happens to our elections. But to insist on your divergent opinion and proceed to bastardize the Electoral commission at every step of its way, is highly irresponsible. Interestingly, the pendulum of the needless castigations has suddenly moved from fixing or upgrading the existing BVRs & BVDs to procurement breaches??? Hmmm… Anyway, I strongly suggest to Imani and its cohorts to go to court so we can get the final call on this matter. That is the surest cure to this self-imposed malady (mischief).

The continuous mud-slinging and maligning of the electoral commission will amount to nothing but upsurge anxiety and mistrust amongst the masses, which is dangerous to our democracy. Ironically, when the senior Minister, Mr. OSAFO MARFO and the NPP accused the Auditor General over some Procurement breaches, Imani Africa was of the opinion that, the government must allow the institution of state to work and that, nobody should interfere in their affairs. On one breath, let’s allow the institutions of state to work and on another, let’s engage in penal populism to denigrate the institutions of state for our own parochial interest. What!?

“Upon what meat doth Imani feeds that hath made them grown so great and mighty?”

We cannot allow dictatorship of the opinion of some few ‘too-known guys’ to be bastardizing state institutions and government parastatal for their pockets in the name of Civil Society Organization craze.

Don’t get it twisted, for I am not against CSOs. They help shape our discourse and democracy. But they don’t always get it right. They should be circumspect in the things they say or do; for it has the tendency to destabilize this country. Just take a look at the war drum the NDC is singing nowadays and the melody Imani is adding to the tune, What do you think they’re breeding???

Don’t enter the gutters due to your personal hatred for Jean Mensa. The EC is bigger than Jean Mensa and your personal grudges. Procurement breaches cannot be the reason for not compiling a new register. No amount of argument can change the constitution of this country. If the men who champion libertarian ideas cannot submit themselves to the dictates of the constitution, let pig eat meat and men eat dunk. Rules are rules, only savages or greedy men flout them for their stomach.

“Upon what meat doth this our Imani boss eat, that he’s grown big stomach and thick mouth?” It’s a question don’t misinterpret it