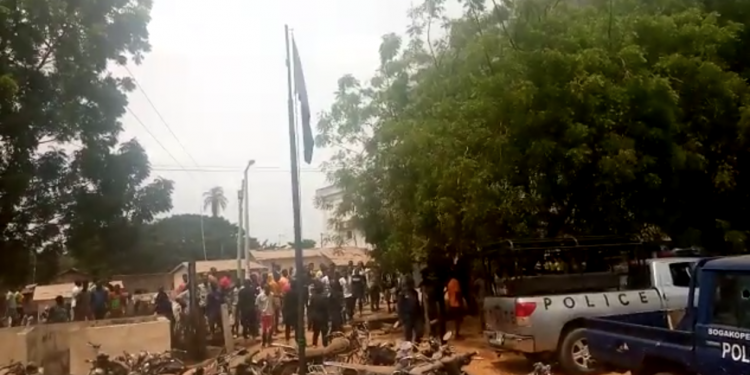 Some residents in Sogakope have stormed a police station in the town as they continue protests to express their displeasure over the murder of the Sogakope South Assemblyman, Marcus Mawutor Adzahli.

Police officers had to fire warning shots to disperse the protestors who had besieged the police station.

The police opened fire after protestors started pelting stones at the officers.

Some residents from Sokpe, a neighbouring town, also made their way to Sogakope to join the protests.

“He is our brother. We also feel for him. That is why we came,” a Sokpe resident said to Citi News.

The protestors had earlier on Monday blocked the Aflao-Accra road at the end of the Lower Volta bridge at Sogakope after a similar action on Sunday. 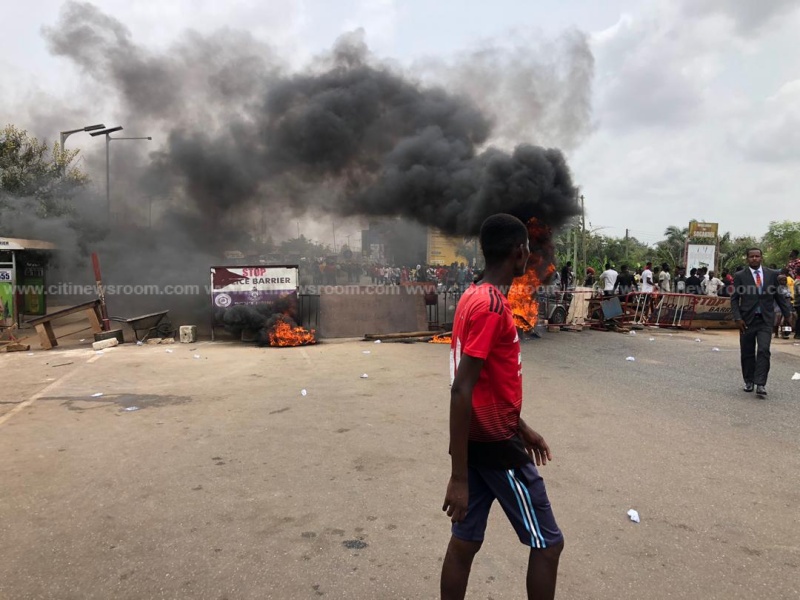 This was after the Volta Regional Minister, Dr. Archibald Letsa, had visited the area to commiserate with the family of the late assembly member.

The residents of the area have been upset with the police’s lack of urgency in tackling crime.

The residents also reiterated their unhappiness with police conduct in the area.

Some of them are now demanding the reassignment of all police in the district and deployment of soldiers to the area to ensure peace and security.

“When there is an incident and they call them, they [the police] will never rush. Sometimes the rush and hide at the crime scene. They can’t shoot. sometimes they will say don’t have bullets in the gun which we can’t understand,” one resident complained.

“We want soldiers. The police are not working. Let the soldiers come,” another resident said.

Marcus Adzahli, who doubles as a mobile money merchant, was shot and killed at his residence early on Sunday morning.

The assailants reportedly stormed the victim’s house whilst firing gunshots.

His wife and child were also said to be in a critical condition at the District hospital.

The District Chief Executive (DCE) of the South Tongu local assembly in the Volta Region, Emmanuel Luis Agamah has put a GHS10,000 bounty on the heads of perpetrators involved in the murder of an Assemblyman for the Sogakope South Electoral Area, Marcus Mawutor Adzahli.

Huawei FreeBuds 3 earphone is making huge wave: 4 reasons you should own a pair

Holllard and Melcom partnering to give insurance to customers

Holllard and Melcom partnering to give insurance to customers