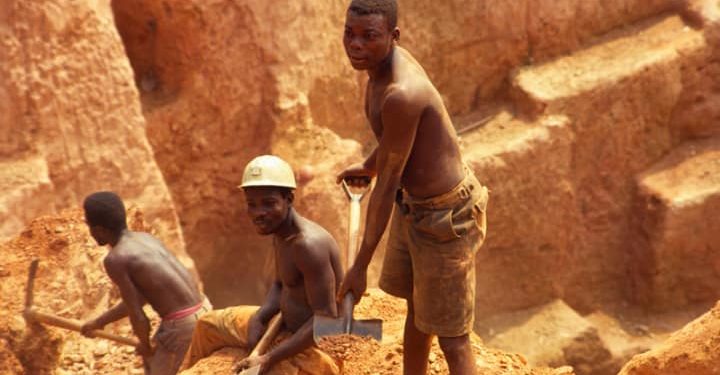 An illegal mining pit at Yamsok a suburb of Yameriga in the Talensi District of the Upper East Region caved in on Monday, March 16, 2020, killing one person and injured another.

The deceased Pii-Naab Joel, age 20 and a native of Yamsok was mining in an illegal mining pit with his colleagues when the pit caved in.

Unfortunately, his colleagues could not rescue him on time leading to his death.

He was later rushed to the Tongo district hospital where he was pronounced dead upon arrival. The body was released to his family for burial.

However, his other colleague Joe Arong, age 24, and a native of Datuko survived the incident but sustained mild bruises.

He was also rushed to the Tongo District hospital for treatment and was later in the afternoon discharged.

The incident was confirmed to Citi News by the Upper East Regional police command, however, they declined to give details on the matter until preliminary investigations are completed.

Regional Public Relations Officer of the command, ASP David Fianko-Okyere, confirmed that the incident did happen but added that police would want to put the facts of the case together before addressing the public accordingly.

Even though residents of the area accused the SWAT team from the Regional police command, led by Van Kofi, of protecting the activities of the illegal miners in the area, ASP Fianko-Okyere said, the command will appropriately respond to the allegations when the preliminary investigations are over by close of day.

In another related development, a miner aged 36 also slipped from a mining pit belonging to one Nashiru, at the Obuasi site in the Gbane mining area has passed on.

The deceased Kwesi Billa, a native of Gorogo on Monday [March 16, 2020] charged the pit for blasting with explosives and as he was coming out of the pit, slipped mid-way his journey and fell back into the pit inhaling blast fumes leading to his untimely death.
The body has been deposited at the Bolgatanga regional mortuary for autopsy.

Confirming the matter to Citi News, the police command says, the matter is under investigation.