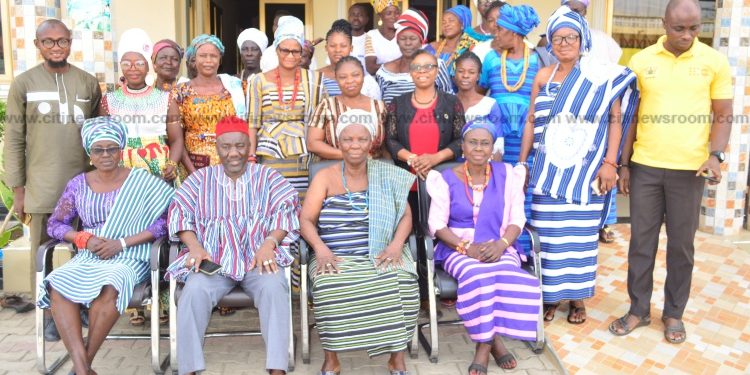 The Upper East Regional Coordinating Council in collaboration with the United Nations Populations Fund (UNFPA) has trained Queen Mothers and Magazia’s in six districts to help curb the menace of teenage pregnancy and child marriage.

The region’s teenage pregnancy rate exceeded the national target of 12% in 2019 with the affected districts recording a high prevalence of teenage pregnancy between 2018 and 2019 thus the need to reverse the trend.

Adolescent girls in the Talensi, Nabdam, Bongo, Builsa South, Bawku West and Kassena-Nankana West will benefit from being mentored by Queen mothers to serve as ambassadors against teenage pregnancy and child marriage under the UNFPA Seventh Country Programme (CP7).

Speaking to Citi News in Bolgatanga, Regional Coordinating Director, Alhaji Mahamadu Azonko was optimistic that, building the capacities of Queen mothers on adolescent health was critical to reducing the incidences of teenage pregnancies and child marriages.

“Queen Mother and Magazia’s will build their capacity in the area of gender and reproductive health issues to enhance their knowledge and skills on sexual and reproductive health rights, sexual and gender-based violence prevention and adolescent girls’ protection strategies as a means to empower them to promote gender-responsiveness and equality in the respective areas of jurisdiction. When their capacities are built, they will be able to train and guide girls in their community to reduce teenage pregnancy, end child marriage and sexual and gender-based violence in the region so that, they would complete their education to the best of their capacity and contribute to the development of the country.”

The Queen Mothers pledged to undertake a series of community-based activities focused on sensitizing various women groups and the girl child on alternatives to drastically reduce the menace.

A Magazia from Tongo, Georgina Bonsarigya stated that “Teenage pregnancy and child marriage has been a problem in my area and as a queen mother; I have to organize a durbar and get all the key stakeholders to discuss ways of reducing this menace. I will also organize focus group discussions with adolescent girls within the area to come out with strategies to end teenage pregnancy and child marriage”.

Covid-19: Importers & traders at Accra to close down shops over shortage