Africa is by far the best, why isn’t it being praised for Coronavirus results? [Article] 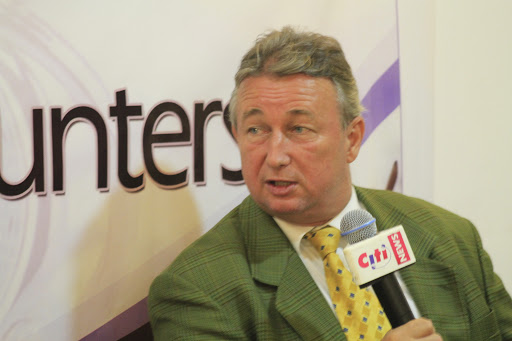 Right is right and wrong is wrong.

That has been my motto all my life. I never bothered being blunt even when the result was shooting myself in the leg. The truth always needs to come out.

When I was 12 years old a teacher, Mr. van Schie told me: “Nico, with your blunt, direct honesty and open-mindedness you are going to meet only 2 types of people in your life.

The first group will defend, stand up for you and will be ready to kill for you. The second group wants to kill you”. I think Mr. van Schie actually meant that I will only have people loving me for what I stand for and others hating my guts.

Fifty years later and being able to look back I think my teacher was 100% right.

I honour those who deserve honour, and other than most people I will also disgrace those who need to be disgraced.

Indeed I am not like good Christian in that part.

No, let’s start addressing my headline.

Why doesn’t the world praise Africa fighting the coronavirus?

Africa always gets the blame for everything wrong, I think many Africans and other people around the world know that and many accept that.

Let’s look at the African statistics on Coronavirus death rates and compare them to the rest of the world and you will see that the fear people (especially Chinese) have of Africans are totally unfounded.

I am starting with the world’s average and after that worst death rates per country, (death rates caused by the Coronavirus, total affected rounded up, actual deaths):

Whilst the world is praising South Korea’s and Germany’s successful “attack” and control of the Coronavirus nobody bothers to look how Africa is doing?

Kenia, Ethiopia and some other countries are within the average ranges of Coronavirus in the rest of the world compared to outbreak and control figures.

But Ivory Coast, South Africa, my beloved Ghana and Senegal are doing far better than the all over-praised South Korea and Germany.

Our North African brothers are already doing far better than France, Italy and Spain, but are pushing the ones average African death rates up.

Black Africa is doing a fantastic job controlling the outbreak! 1.96% death rate: Just take a look at the figures again.

And all we hear around the world are demagogic statements about how Africa will be the next Coronavirus hell on earth, how Africa doesn’t have the financial and medical capabilities to control the outbreak, how Africans are spreading the virus and why we have to start testing coronavirus vaccines on Africans first.

Why are people hiding the facts that, obviously this virus doesn’t survive high temperatures and high humidity well?

Why doesn’t anybody tell the world that Africans are because of their lifestyle and constant exposure to other diseases very strong, healthy people?

Why doesn’t anybody tell the world that always avoiding any exposure to Malaria, Typhoid, Flu, Salmonella and many other things have made the people in developed world the weakest people on earth?

Already, sub-Saharan Africa is doing great. But just imagine if we could test every sub-Saharan African? That would even put our already good figures (although there is no good in these deaths) much further down.

So why is Africa, even during a dark outbreak of a pandemic, still branded as the world’s shithole (not my words but those of a certain American president) whilst we are doing far better than the rest of the world????