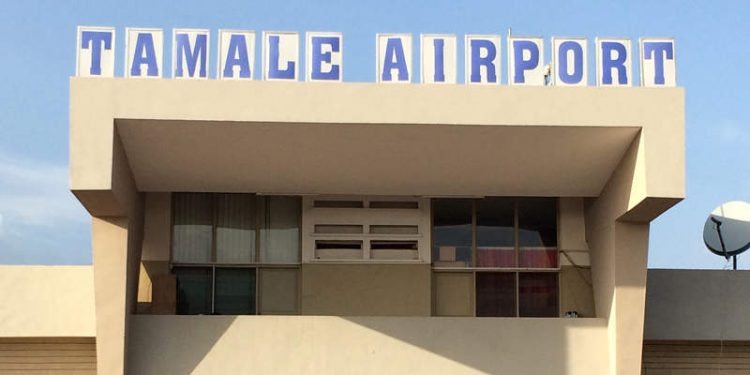 The Aviation Minister, Kofi Adda has hinted that domestic flights may resume this weekend.

He explains that the Ghana Airport Company Limited has put in place precautionary measures at all airports in the country.

Speaking to the media during a disinfection exercise at the Kotoka International Airport by waste management company, Zoomlion Ghana Limited, Aviation Minister, Kofi Adda said the reopening of Ghana’s airport for business will begin with allowing domestic flights to operate.

“The airport company, led by the port health officials would make sure that all the things that need to be installed to support the implementation of the protocol would take place. All the hand washing devices, sanitizers, and anything that needs to be done would be made available. And that would be checked by the airport company and port health officials to ensure that all that is in place before we start operating. We are deliberately doing this because we want to start domestic flights first.”

“In all of Africa, we are the only country that closed down the airport and is about to begin so we have to make sure that we do it well and right so we can lead the way and set the example for other African countries to follow. Perhaps getting towards the weekend, we’ll now begin the domestic flights,” he noted.

The Minister also added that foreign embassies and commissions in the country who would want to evacuate their citizens will be allowed to do so under a special arrangement.

He stated that, “permission will be granted to foreign embassies who want to evacuate their personnel as we’ve been doing. As and when they get permission and bring their personnel here, we’ll do what we normally do to ensure that the right thing is done to get them out of the country.”

The fast-spreading novel coronavirus outbreak in Ghana has called for stringent measures to prevent its spread, which includes the closure of borders to stop the imports of the disease into the country.

Travellers who had been in coronavirus-hit countries with cases exceeding 200 within the 14 days preceding their arrival were barred from entering the country.

The admissible travellers who exhibit symptoms of the novel coronavirus were to be quarantined and tested upon reaching Ghana.

The government said airlines had been instructed not to allow such persons into the country.

It also said travel to Ghana was strongly discouraged.

But when the number of cases increased to 21, President Nana Akufo-Addo instructed that all borders be closed, which is still in place till date.

“All our borders; by land, sea and air, will be closed to human traffic for the next two weeks beginning midnight on Sunday,” he said in an address to the nation on Saturday, March 21.

The border closure which initially was to last for two weeks was not to affect the import of goods, supplies and cargo.

The directive was later extended indefinitely.