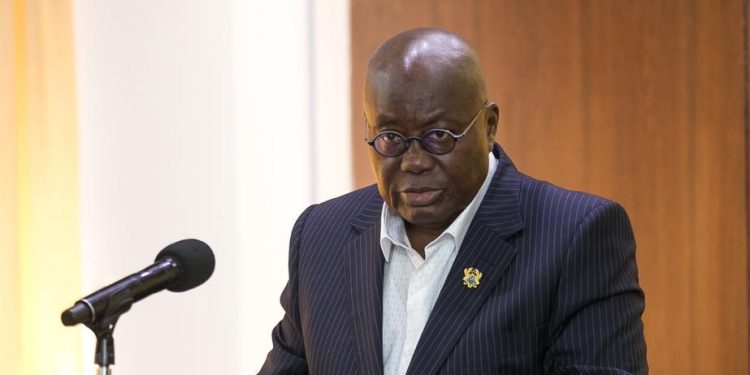 President Nana Akufo-Addo has commended Ghanaians for adhering to the measures put in place by the government to curb the spread of COVID-19.

Speaking at an engagement with the National Union of Ghana Students (NUGS), President Nana Akufo-Addo said Ghanaians had generally been compliant with the various measures.

The President also acknowledged the difficulty in enforcing social distancing protocols across the country as a measure to curb the spread of the novel coronavirus.

He was however hopeful that soon, the protocol will become a regular feature of the Ghanaian society.

“I’m very encouraged with the way Ghanaians have responded to this crisis. The change in behaviour; now instinctively, we don’t shake hands anymore in Ghana. It’s difficult to believe but it’s happening. The distancing is difficult but that has become a regular feature of our lives and of course, the masks being obligatory all across. The unity with which these difficult measures have been accepted by the population.

“We’ve not had the riots in other countries like South Africa and India have had because our people have readily accepted the necessity of these measures being taken. You can imagine, me the person responsible for imposing these measures and how it comes with a great deal of difficulty. But Shakespeare said it that ‘Uneasy lies the head which wears the crown’, and that is the truth today as it was in his time,” he noted.

The government of Ghana on Sunday, March 15, 2020, as part of efforts to stop the spread of the novel Coronavirus (COVID-19) announced new public gathering advisories.

The advisories were given by President Nana Akufo-Addo in a special national address, following the announcement of four new confirmed cases of the disease in the country.

He noted in his address that the ban will be in force for the next four weeks.

The advisories included Ghanaians maintaining a two-metre distance with each other at all times to prevent the transfer of droplets while talking, sneezing or laughing.