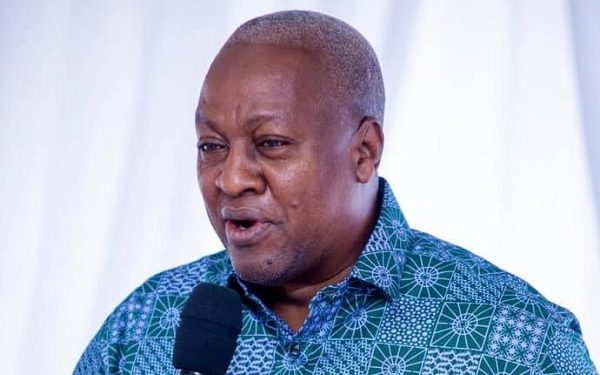 Former President John Dramani Mahama has described as deeply irresponsible calls for the Electoral Commission (EC) to begin the voter registration exercise in the wake of COVID-19 outbreak.

The Electoral Commission suspended its planned voter registration exercise over the ban on public gatherings imposed on Ghanaians as part of efforts to curb the spread of the novel coronavirus disease that has bedevilled the country.

The exercise was initially scheduled for April 18, 2020, but no new date has been announced following the suspension.

A senior legal practitioner and former President of the Ghana Bar Association, Sam Okudzeto had earlier urged the Electoral Commission (EC) to start the registration exercise in places outside the now lifted partial lockdown.

This the former president in a Facebook session on Thursday, April 23, 2020, says was regrettable.

“While it is the prerogative of the president to make decisions that ensureregrettabley and protection of Ghanaians, it is my hope that his decisions are guided by genuine concerns for the health and safety of the people of Ghana and are also guided by science and not any political or parochial considerations.”

“It is unfortunate that a high ranking member of the president’s party has suggested in recent days that the Electoral Commission should and will go ahead with the compilation of the new voters’ register as soon as next month, no matter how many Ghanaians dying, at times when doubts remain about the scale of COVID-19 threats and when social distancing has become our main dedefencethis suggestion is deeply irresponsible. An outburst like this creates doubts in the minds of the people,” the former president said.

EC and the new voters’ registration

The Electoral Commission is supposed to organize the 2020 presidential and parliamentary elections on December 7.

The Commission is seeking to replace its biometric machines to better address verification challenges that could occur during the elections.

A key new feature the EC cited is the introduction of a facial recognition option in addition to fingerprint verification.

It also plans to make the Ghana Card and passport the only acceptable identification for the upcoming voter registration, but the announcement was received with mixed reactions from Ghanaians.

The move for the new register has been met with opposition from key political stakeholders, including the main opposition party, the National Democratic Congress (NDC).

The opposition party called on Ghanaians to reject the EC’s plans because it felt the commission was yet to present a compelling argument for the compilation of a new register.

Over the course of deliberations, its officials even walked out of a meeting with the EC.