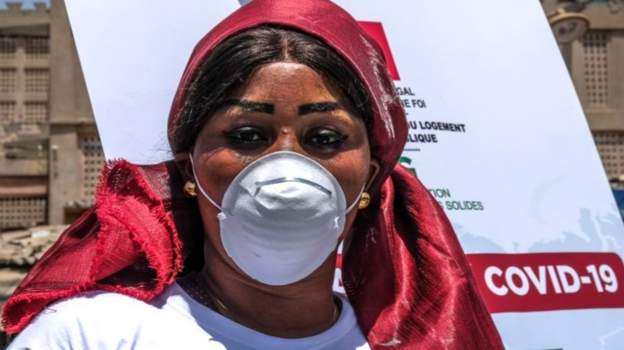 Senegal has cancelled giant celebrations to mark its 60th anniversary of independence from France because of the novel coronavirus.

The West African nation has 140 active cases of Covid-19 – 66 people have recovered and one person has died over the last month.

It has become one of the countries in Africa leading the fight against coronavirus.

As well as declaring a state of emergency, closing its land, air and sea borders to all but essential goods traffic and banning public gatherings, it has focused on tracking potential infections.

Anyone who has been in contact with an infected person has been put up in a hotel and quarantined for 14 days.

The mantra of the World Health Organization (WHO) is “test, test, test” – but tests are time-consuming and expensive, something Africa can ill afford.

That all may be set to change as Senegal is working with a UK company to develop a quick, simple, $1 (£0.80) test.

Validation tests are under way.

As the test can be performed without any need for electricity, it would be of particular use for Africa’s rural communities, which often do not have access to power.

More controversially, Senegal has been pioneering the use of an anti-malarial drug, chloroquine, to treat coronavirus patients.

The WHO says its effectiveness has not been proved; other respected medical institutions have warned against the hype surrounding the drug.

But Abdou Latif Coulibaly, Senegal’s culture minister and government spokesman, told the BBC that doctors in the country had seen what he described as “rapid improvement” in patients treated with chloroquine.

“The WHO is not going to tell us what to do,” he insisted.

“Our doctors can do what they want.”

Although with nearly 8,000 confirmed cases across the continent, Africa has not yet been hit as hard as other places there are fears that if and when Covid-19 takes hold, it will be a catastrophe.

Initiatives such as the cheap test Senegal is developing will be essential in saving lives on a continent with weak healthcare and sanitation systems, and populations often vulnerable to disease because of underlying conditions such as malnutrition, tuberculosis and HIV/Aids.