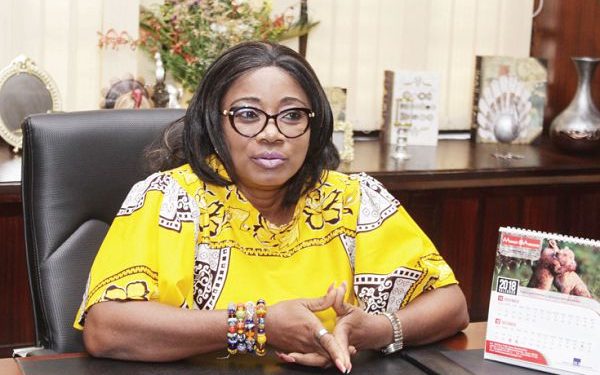 The Ministry of Gender, Children and Social Protection has debunked claims by Member of Parliament for Klottey Korley, Zanetor Rawlings that food and other relief items are being distributed based on partisan lines to Kayayei.

The Klottey Korley legislator in a post on social media accused the Ministry of being biased in the distribution of food as only pro-NPP members are benefitting from the donation.

But a press release signed by the Minister of Gender, Children and Social Protection, Cynthia Mamle Morrison refuted the claims and reiterated the ministry’s impartial distribution to the Kayayei.

“The MP’s allegation that people are being asked to show party cards ostensibly by officials distributing Government food relief items is a total fabrication. In fact, the distribution of the food items to the Kayayei and the vulnerable is being done by the officials of the Ministry of Gender, Children and Social Protection (MoGCSP) in collaboration with the AMA, NADMO and the Fifth Infantry Battalion of the Ghana Armed Forces.”

The Ministry further explained that there has been equitable distribution of food to Kayayei at both Tema Station and Old Fadama contrary to the claims by the Klottey Korley legislator.

“Specifically, contrary to the claim that Kayayei around the Tema station and Old Fadama are not being fed, the Ministry’s monitoring system shows that on the average 5,000 packs of food are distributed to Kayayei and other vulnerable persons from that vicinity daily. The MP’s claims are therefore false and unfounded.”

“The Ministry of Gender, Children and Social Protection used to go to the said community to distribute the relief items directly. But due to the challenges in maintaining the social distance protocols, the food distribution exercise was moved to the Ministry’s premises and later to the Afua Sutherland Children Park. On each occasion that the venue for distribution changes, the beneficiaries are informed and have reported at the new venues for their share of the food.”

Also, the Accra Metropolitan Assembly (AMA) Chief Executive, Mohammed Adjei Sowah, has disputed claims by Dr. Zanetor Agyeman-Rawlings that food being distributed were being done on a partisan basis to needy. 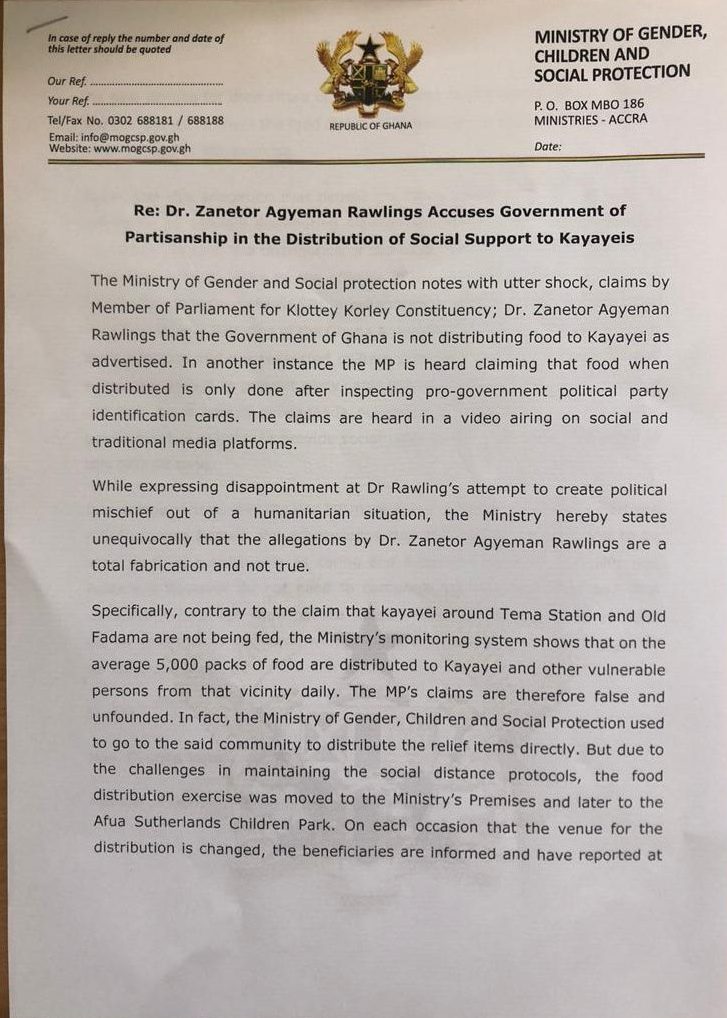 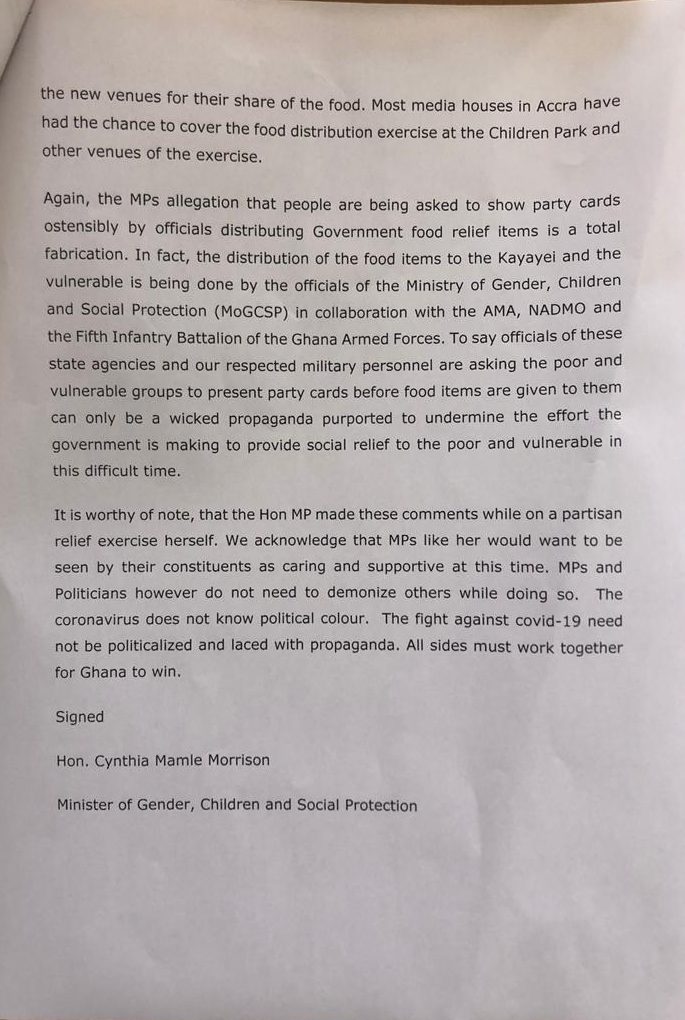